After considering a proposal from Village Recreation Director Ron Introini, some further research and discussion, the Village of Warwick Board of Trustees have raised the Summer Recreation Program fees from $20 per child to $30. Additional siblings will remain at the $20 rate. The fee for additional activities such as football, soccer and swimming will increase from $10 to $15 per participant.

Introini originally proposed an increase to $40 per child to help defray online registration costs and other increased expenses. According to Trustee Bill Lindberg, Village Board liaison to Recreation, the program cost $27,500 for the fiscal year 2019-20, which included $6,600 for the new online registration software.

Even though the Board considered $40 for a month-long camp at six hours per day a “good deal,” the Trustees felt the increase was too much and preferred a more gradual increase.

The projected annual cost of the recreation program for the fiscal year of 2020-21 is $87,435. The Town of Warwick is projected to contribute $50,000 and the Orange County Youth Bureau will add another $3,000. The remainder is funded through registration fees and funding from the Village. The ratio of Town and Village funding is 64% from the Town, 36% from the Village. Enrollment percentages and ratios were similarly allocated in 2019-20.

The Village’s Local Residency Card Program law, originally passed in October of 2019, has been amended to change and clarify some of the text of the original law.

The most significant amendment to the law was in regard to the acceptable forms of proof of residency. Originally, the requirement for proof of residency was to be dated “not less than six months” prior to the date of the application when, in fact, it should have read “dated not more than six months.” Other minor textual changes were also approved.

The amended version of the local law will be filed with the State of New York and is effective immediately. The Local Residency Card Program will likely roll out during the first week of February. Specific days and times to apply for a residency card will be determined and made public. The fee for the residency card will be $10.

During the Public Hearing discussion on the matter, resident Roger Moss asked if volunteers would be needed to help with the application intake process. Mayor Michael Newhard thanked Moss for his offer and commented that extra help may be needed, particularly in the beginning, when a large number of applicants is anticipated.

Newhard also reiterated that the Local Residency Card was for any resident of the Village of Warwick, age 14 and up, who wishes to have one.

Lt. John Rader of the Warwick Police Department (WPD) reported to the Village Board on the department’s activity in the Village during 2019. The Village of Warwick is one of four “posts” covered by WPD and comprises approximately two to three per cent of the overall patrol area covered. Out of a total of 19,446 calls handled last year, 5,960, just over 30%, were for the Village of Warwick making it the second busiest of the four posts.

The largest event covered by WPD was the Orange County Volunteer Fireman’s Parade. Lt. Rader reported that there was a total of 71 assignments between certified police officers and volunteer fire police officers involved in the parade that day.

Jason Ballard, from the engineering firm Barton & Logiudice, gave a presentation to update the Village Board of Trustees on proposed changes to the number of water storage tanks and pumping stations in the Village.

For the tank that holds water from the reservoir, two recommendations were outlined for the Board’s consideration of its replacement. The first is to replace the existing tank, which holds 425,000 gallons serving 1965 dwellings, with one that will hold 1,250,000 gallons to service 2,115 dwellings. The alternative option is to build two tanks that, combined, will have the same total capacity and serve the same number of dwellings. The second option for two co-located tanks would allow for taking one tank offline for routine maintenance without interruption of water service. The drawback to the two-tank plan is an increase in cost of around $250,000.

Ballard reported that they are recommending the new tanks be made of concrete, a material that has a service life of 50-70 years and requires less maintenance.

The tanks will all be placed to maintain current water pressures including allowances for “fire flow” in the event the hydrants are in use. Three pump stations will be eliminated as well as part of this project. As the water tanks and pump stations are replaced, the pressure zone valves will be adjusted accordingly to maintain service.

Trustee Barry Cheney reported that, after an unsuccessful application in 2018, the Village has been approved for a grant from the New York State Dept. of Environmental Conservation in the amount of $288,150, with a requirement of a 25% funding match. The details of the project were not disclosed as the Village must work with individual property owners. However, Mayor Newhard commended Village Grant Writer Linda Smith for her efforts in obtaining the grant.

Later in the meeting the Board approved a motion allowing Smith to attend a grant writers’ conference in Beacon, NY. The Village will cover the $80 cost of the conference as well as up to eight hours paid at Smith’s contracted rate and mileage.

Kerry Boland, previously an Alternate on the Village Planning Board, has been appointed as a member of that Board. Michael Dombrowski has been named as the Alternate. The Zoning Board of Appeals has named Scot Brown to its Board and the Village accepted the resignation of John MacDonald from the ZBA.

The Village appointed Janet Fivehouse, Vanessa Mann, Victoria Hague and Janet Folino as Election Inspectors for the upcoming Village Election to be held on Wed., Mar. 18. The Alternate Election Inspector is Catherine Linton. Michael J. Batz, Sr. and Elizabeth Doty were also appointed as Machine Operators for the election with Noel Thompson as the Alternate. Both positions are paid at a rate of $13 per hour.

Trustee Eileen Patterson will not be seeking re-election in the upcoming Village election in March. Her term, along with that of Trustee Barry Cheney, are up this year. Mayor Michael Newhard thanked Patterson for her dedication and efforts on the Village Board during her tenure as Trustee.

The next meeting of the Village of Warwick Board of Trustees will take place on Mon., Feb. 3 at 7:30 p.m. at Village Hall, 77 Main St. in Warwick. 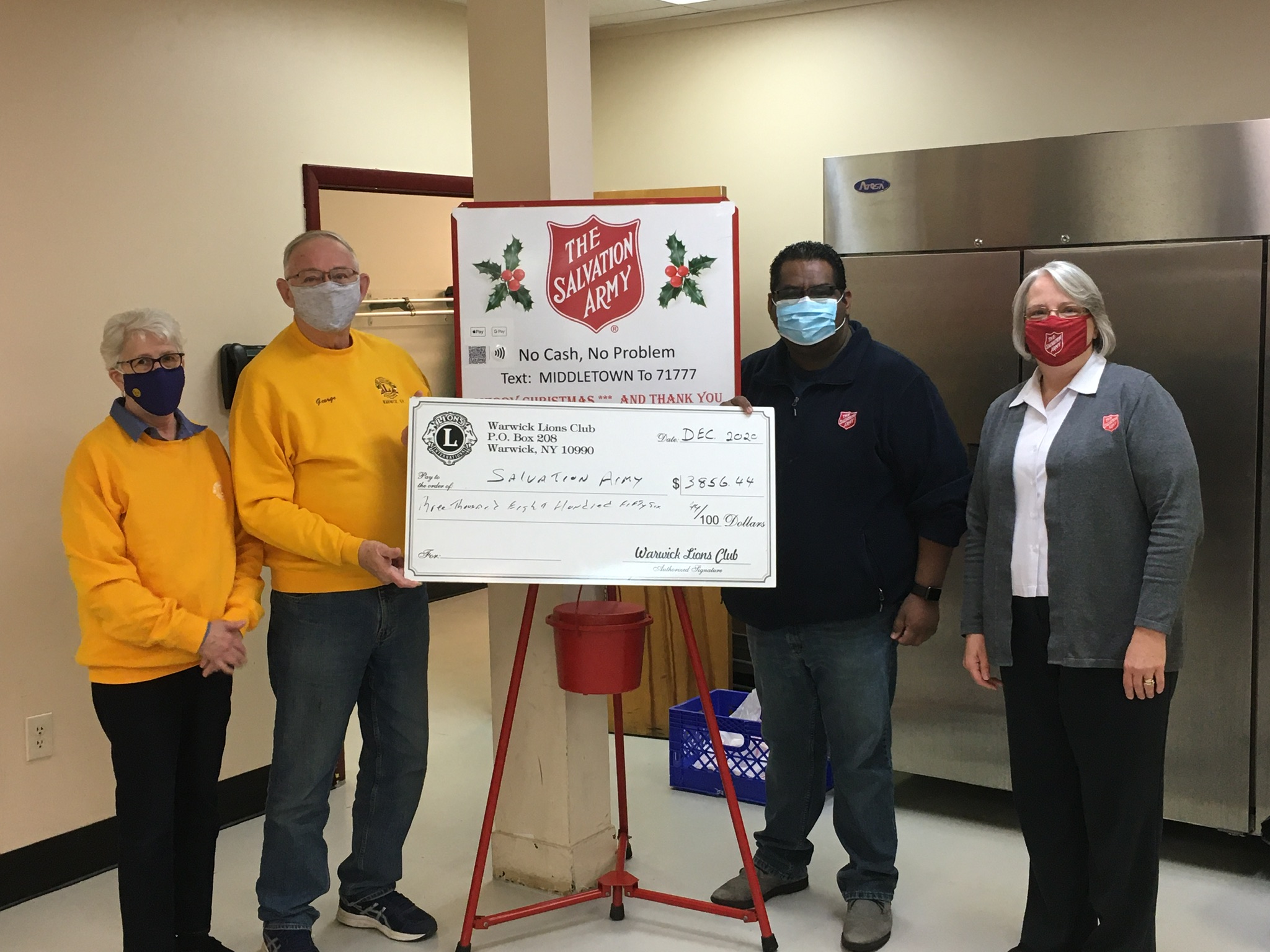 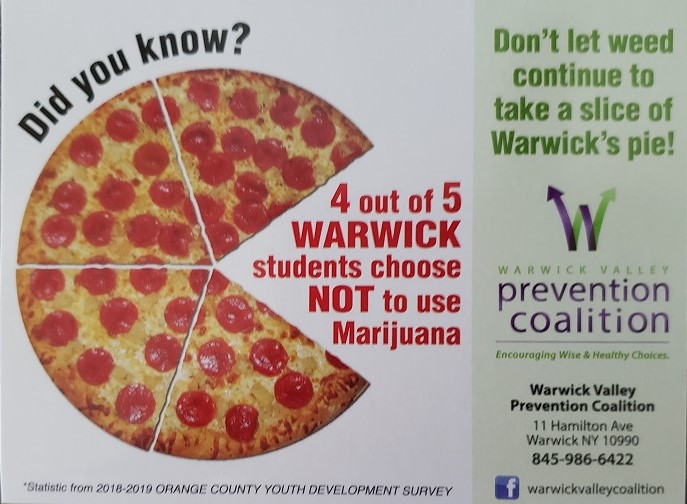