On Tues., Feb. 18, the Greenwood Lake Village Board of Trustees honored longtime resident and outstanding community member Jack Rader, as the 2020 Greenwood Lake Citizen of the Year. A special recognition ceremony was held at the G.L. Senior Center before the start of the Village’s Board meeting.

For over 60 years Jack Rader has been an institution in Greenwood Lake. His unsung and dedicated efforts in the community have gone far beyond the call of duty. Without a doubt they exemplify the value and mission of serving the community in a caring and selfless way.

“In determining this year’s recipient, the Village Board could not be prouder to support Jack Rader. His contributions to this community have been boundless. We are forever grateful for his lifelong commitment to Greenwood Lake,” said Mayor Jesse Dwyer.

Jack received a standing ovation from local and elected officials and members of the G.L. Ambulance Corp. He was honored beside his wife, Janet, along with their four children and many grandchildren.

“As a family member I want to thank you for the honor you bestowed my father,” said Town of Warwick Police Lieutenant John Rader.

Contributions to the Warwick Community

Jack Rader is a Veteran of the U.S. Navy, and served aboard the Destroyer USS Bache, from July 3, 1956 to July 1, 1959. Following his honorable military service, he settled into Greenwood Lake, where he married his true love, Janet, in 1965. Together the couple raised four children: John, Donna, Sandy, and Janmarie. They have nine grandchildren and four great-grandchildren. Jack completed a career in the Greenwood Lake Post Office, ultimately becoming the local Postmaster.

Jack and Janet became small business owners, and opened Rader’s Florist and Rader’s Cards and Gifts. In 1982, during his free time, he established a food pantry out of his home. By 1984 the pantry became too large to accommodate from his home so it was moved into the Village where he continued to run the pantry until 2006.

Jack currently serves in the G.L. Fire Department and G.L. Ambulance Corps where he previously served as Captain. In September of 2019, Jack was awarded the ‘Quilt of Valor’  by the Warwick Valley Quilters Guild, making him the fourth local veteran to receive the  honor.

Jack and Janet continue making heartfelt contributions to the community by serving as greeters at the Strong-Basile Funeral Home. They can be found consoling local families during difficult times and are known for always being there for everyone.

“Thank you for the award. It is such an honor to be ‘Citizen of the Year’ and receive this,” said Jack. “I was very taken back and I am so appreciative and grateful to have been chosen.”

Village of Greenwood Lake Mayor Jesse Dwyer (left) presented a plaque to Jack Rader who was honored as the 2020 Village Citizen of the Year. Photo credit: Warwick Valley Dispatch/Lourice Angie 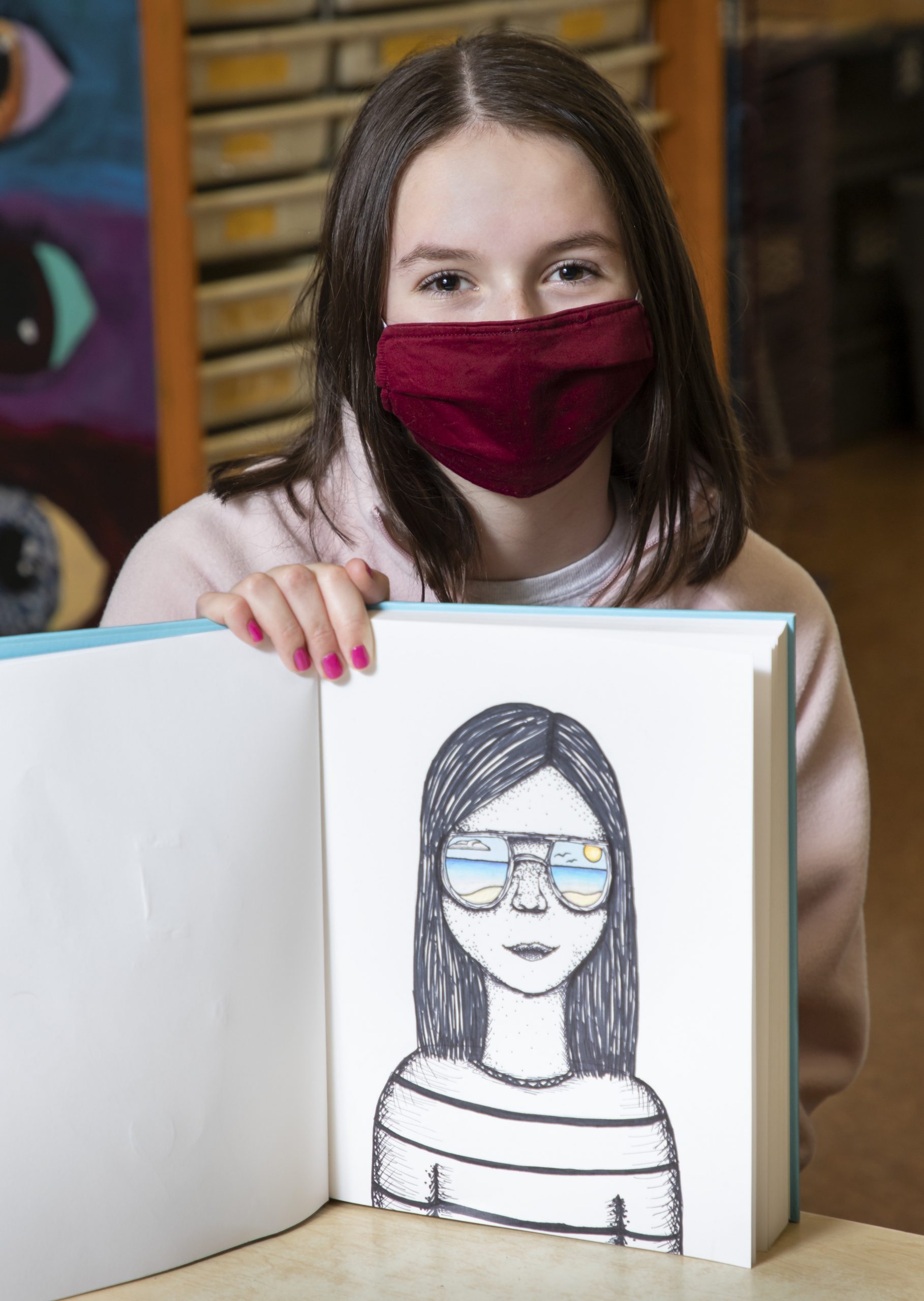 Caidyn Parsons is Warwick School District’s Artist of the Week