The Greenwood Lake Commission’s recent commitment to being a body that gets things done led to an interesting conversation at their monthly meeting on Wed., Feb. 26. It is the belief of many on the commission that the Harmful Algal Blooms (HAB) are going to come back again this summer and possibly again for years to come.

One of the biggest changes in the commission over these past months has been a commitment by several commissioners to become a body that uses funds to get things done rather than investing money into more studies. This may also lead the commission to call out other governing bodies of the lake that may not be doing their fair share to prevent HABs from reoccurring. Taking action is important in combating these HABs as well as the resulting media backlash that nearly decimated the lake’s tourism potential last year.

It was a pointed out by an audience member that a recent $90,000 study conducted by Princeton Hydro outlined recommendations on how to solve HABs and other issues on the lake including calls for septic tank pump out ordinances to be enforced in order for these solutions to be done in a timely matter.

It has long been a frustration of the Greenwood Lake Commission that the Township of West Milford does not take the necessary actions to enforce ordinances that call for septic tank pump outs every three years. The pump outs are important as they limit phosphorus from going into the lake, a huge contributor to the development of HABs.

The Township has stated in the past that they do not have the ability to enforce the ordinances because they are understaffed, underfunded and unable to keep track and enforce the pump outs. Additionally, they stated that enforcing the ordinances would back up their courts further with the influx of new actions that would have to be taken.

These excuses were called into question by several members on the commission especially since it was noted that the Village of Greenwood Lake has been successful at enforcing their pump out ordinances. Greenwood Lake Village Attorney, John L. Buckheit, was on hand at the commission’s meeting to explain the Village’s process in enforcing the pump out ordinance. Warnings and fines are issued to violators and the process will go as far to shut off water and condemn houses on properties that do not comply.

The commission has agreed to put more pressure on the Township of West Milford to do its duty to the lake to prevent HABs, as well as keep the weed harvesting program, which the Township also oversees, working efficiently.

In order to move forward with a lake drawdown, the commission’s bylaws require eight of the 11 commissioners to vote in favor of the action. The 2020 drawdown vote is being delayed as, at this time, the commission may not have the approval votes.

Some commissioners are concerned about the recent economic impact the HABs have had on the lake and fear that a drawdown at this time will have a further negative impact.

A one-year delay of the drawdown happened most recently in 2015. The reasons for and against a drawdown remain the same as they have in the past. Lake front owners spar with marina owners and their clients over one needing the drawdown to get much needed work done on bulkheads and sea walls and the other being afraid the lake won’t refill in time for the summer season.

G. L. Commissioner Paul Sullivan explains to the crowd as well as the Commission as to why he’ll be voting “no” to a lake drawdown in 2020. Photo credit: Warwick Valley Dispatch/A.J. Arias

Commission Treasurer Dale VanNimwegen gives her case as to why the Commission should forward with a drawdown in 2020. Photo credit: Warwick Valley Dispatch/A.J. Arias

Barzack Removed from Village of Florida Board of Trustees 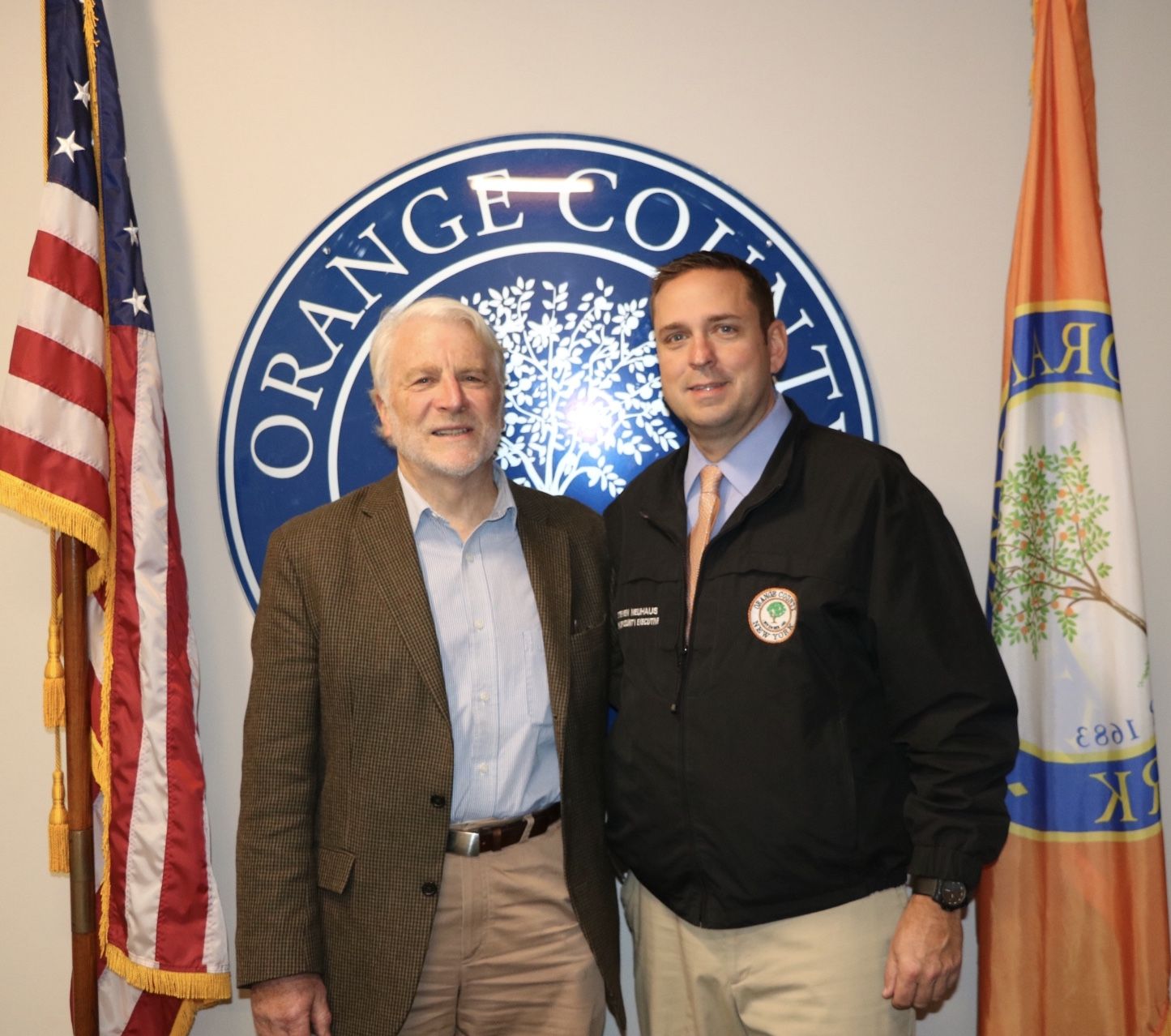