With the State-imposed restriction on group gatherings in the wake of the spread of the COVID-19 Coronavirus, the Warwick Valley Central School Board of Education conducted their monthly meeting via teleconference on Mon., Mar. 23.

‘We’re All In This Together’

“First and foremost, it is my sincere hope that everyone is safe and healthy and that we abide by all the necessary guidelines to flatten the curve of the coronavirus,” Superintendent Dr. David Leach stated. “I take comfort in knowing that Warwick is such a caring community and that we’re all in this together and we will definitely get through these difficult times.”

He said he is very encouraged by communication he has had with faculty, staff, and students after Warwick proactively closed schools on Mar. 13 ahead of the state mandate. The decision to close until Apr. 13, he said, was probably more aggressive with many districts opting to close for just two weeks. Leach did emphasize that at this point, the decision on whether to reopen as originally planned on Apr. 13 or to remain closed no longer rests on the School Board, but on Governor Andrew Cuomo.

Warwick Is A Phenomenal Community

The superintendent detailed some of the efforts being made by the District in partnership with other organizations to assist the community and expressed his pride in the community.

The decision to close schools is always a difficult one as it means that some students will go without meals that they depend on the school to provide. Leach stated that the District has been able to maintain the food service program and through a partnership with Backpack Snack Attack and many, many volunteers, has been able to deliver the food to the students, rather than having them find a way to get to the school buildings.

In partnership with several local daycare centers in Florida and Chester, they have been able to assist in finding childcare for 12 families of first responders and healthcare providers in the District.

Then he proudly discussed the efforts of “our incredible educators.” Anticipating having to shut down the schools for a couple of weeks prior to actually putting it into effect, teachers began to pivot their curriculum to be able to shift to distance learning. While acknowledging that there is no substitute for a classroom experience, he believes the teachers prepared well, starting with review work and now transitioning to new learning in anticipation of a prolonged closure.

Teachers and principals are holding virtual planning sessions and have even delivered chromebooks and textbooks to students that do not have the technology available at their home.

While the State government is focused on the virus, they are beginning to make decisions that will affect the local school district. The state has cancelled all planned math and ELA assessment tests for this year. A decision has not yet been made on Regents exams.

Dual-enrollment college level classes will move forward online for credit-bearing courses. Advance Placement tests are expected to be shortened from three-four hours to 45-minute take home tests. SAT and ACT tests have been postponed through May. Enrolled students will receive an email about rescheduled testing.

Leach also addressed the economic concerns causing anxiety as the spread of the coronavirus takes its toll on New York State’s already strained budget. A budget gap already existed for the state and it was determined that the gap would be filled by reduced aid to the individual school districts. Anticipating state aid to remain flat this year, the 2020-2021 school budget proposal already includes cuts to bridge that gap. Leach stated that the Governor has already asked the State Comptroller to reconfigure the budget.

“It’s hard to imagine the State closing this gap without affecting education,” Leach said. “I hope I’m wrong, maybe I am wrong; but it makes sense.”

Anticipating that the school budget vote will more than likely be moved to later in the spring, Leach said that his fifth budget presentation would be available online on Tues., May 24 for review and that he will continue to keep the public apprised as they look at alternatives to balance the budget.

Promising to recognize two administrators in person at a later date, Leach did not want to pass up the opportunity to congratulate two members of central administration for receiving tenure.

Cindy Leandro, Assistant Superintendent for Human Resources, was praised by Leach for enacting a districtwide system for recruiting staff, moving the human resources department into the 21st century and setting a strong criteria for awarding tenure.

“Her teacher-mentor program should be a national model,” said Dr. Leach.

Meghan McGourty, Director of Student Support Services, took over an office with two administrators, which was reduced to one.

“While taking on both roles, she also added to the role to ensure every student with handicapping needs are met,” said Leach. He commented that she promotes collaboration between parents, students and teachers and provides problem-solving strategies.

The Board approved a motion to schedule a budget hearing for May 11 and a budget vote for May 19 and include the purchase of five school buses on the ballot.

The School Board accepted donations to fund the Elizabeth Hurd Memorial Scholarship for Excellence in Communication and the Thomas Georgalas scholarships.

The next regular meeting of the Warwick Valley Central School District will be held on Thurs., Apr. 16 at 7 p.m. at the Dorothy C. Wilson Education Center, located at 225 West St. in Warwick. 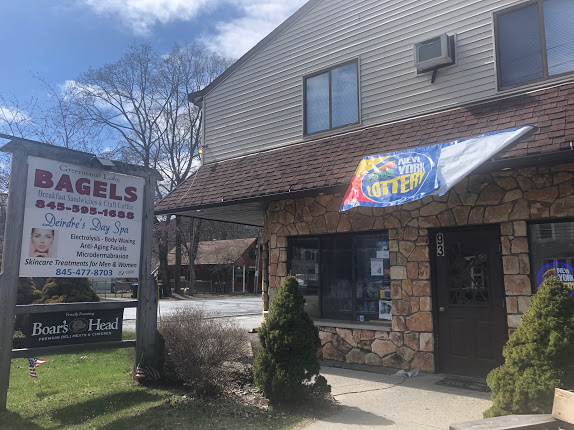