Even in the midst of a global pandemic where social distancing requires remote, online meetings, the work of municipalities must go on and budgets for the upcoming fiscal year must be created and approved.

The Village of Warwick Board of Trustees has approved the 2020-21 Fiscal Year budget for the Village that includes an eight percent increase in sewer usage rates, no increase in water usage rates, and still remains below the 1.78% tax levy cap as set by the New York State Comptroller’s office.

During their Zoom online meeting on Mon., Apr. 20, Mayor Michael Newhard and the Village Trustees were joined by Village Accountant Michael Vernieri to present the tentative budget during a public hearing. Mayor Newhard outlined some of the highlights of the budget while Vernieri went into the details of the method behind budgetary decisions.

In his opening remarks, Newhard listed some of the projects that would be included in the upcoming year’s budget including a new generator and truck lift for the central DPW garage. An upgrade of the Spring St. municipal parking lot is planned, as well as curb and sidewalk improvements to Country Ln., and culvert replacement on Wheeler Ave. There are also plans to retain a Planning Consultant for the Village Comprehensive Plan.

Park improvements include new cameras and a defibrillator for Stanley-Deming Park; paving Memorial Park Dr.; repairs to the over-35 field at Memorial Park and new bocce ball courts.

Large infrastructure projects and plans include the construction of Well #3; replacement of a water tank and turbidity meters at the water treatment plant; and water main and water line repairs at the pump stations on River St. and Robert Dr.

Phase 1 of the sewer plant upgrade, installation of the UV system, is included in the 2020-21 budget as well as a genset installation at the Robin Brae pump station.

A New York State Environmental Facilities Corporation grant in the amount of $3 million has been received to help offset $12 million total cost of the new sewer plant. The Mayor reported that the Sewer Plant Improvement Tax will fund the balance of that project.

The Mayor thanked the Vernieri and Village Treasurer Cathy Richards for their work on the budget as well as all department heads who submitted realistic budgets during the budget process.

“I believe the Village Board has defined a budget which includes significant repairs, improvements and on-going and anticipated services to the community,” Newhard said.

The overall tax rate increase will stay below the so-called “2% tax cap” as mandated by New York State. The actual increase allowed for this upcoming fiscal year, according to the NYS Comptroller’s office formula, is 1.78%. There will be no Water and Sewer Land tax for FY 2020-21, however there will be a Sewer Plant Improvements Land Tax in addition to the General Fund. Sewer usage rates will increase by 8%; water usage rates will remain the same.      Village Accountant Michael Vernieri explained that over the last 10 years or so, the water and sewer land taxes have been used to help take care of major projects, allowing the Village to put money away as well as spend on improvements.

In this way, the Village has been able to pay off Bond Anticipation Notes (BANs) for the Water Department and reduced the BANs for the Sewer Department. This year $1.4 million will be put towards the new sewer plant with the goal of paying off the sewer plant in less than 15 years. This process was used before for the new water plant which was paid in full upon its completion. The plan is the same for the new sewer plant while also continuing to provide for both water and sewer needs.

Vernieri further explained that the 8% increase in the sewer usage rates is designed to offset additional anticipated sewer expenses when the new sewer plant comes online.  In this way, the Village is preparing for those additional expenses ahead of time rather than imposing a much larger increase in the sewer usage rates once the plant is opened.

Vernieri summarized the budget process, concurring with the Mayor’s synopsis:

“Not only have we balanced the budget without using any of our unreserved funds, we have also planned for the future. We’re looking long-term as well as short-term and we’re hoping this is a formula that’s going to work with us even in these times,” stated Vernieri.

There was no public commentary during the public hearing. Those present at the Board meeting unanimously approved the budget (Trustee Eileen Patterson was absent) during the regular Board meeting.

Under the direction of Village Engineering firm Lehman & Getz, a sewer flow monitoring study will be conducted on the Village sanitary sewer system.

According to a letter from Lehman & Getz, flow meters will be installed in seven manholes to continuously monitor flows for three months. The data collected over a period of wet and dry weather conditions will be used to detect and identify any locations of inflows and infiltrations into the system. The cost of the study will be $27,910 and will begin as soon as possible.

Mayor Newhard reported that the Village Facebook project that was set up to thank those in essential services, those on the frontlines and in the restaurant community, is continuing and he invited any who would like to submit a “thank you” to do so. The submissions are posted on a weekly basis.

Newhard also thanked the “community as a whole for the great job” it is doing. He reported that the food pantry has reopened with curbside service.

“Thank you to everybody for what you are doing, every organization is doing something unique and good. The spiritual community has been outstanding, helping everybody to get through this,” Newhard said, holding up to the camera a “Warwick Strong” T-shirt given to him by Tim Mullally, owner of Style Council and Blue on Main St. Blue has moved next door to Style Council as Mullally owns the building in which Style Council is owned, but not the one next door where Blue was located.

The next meeting of the Village Board of Trustees will take place on Mon., May 4, at 7:30 p.m. via the Zoom online meeting platform. Information on connecting to the meeting is available on the Village website at www.villageofwarwick.org. 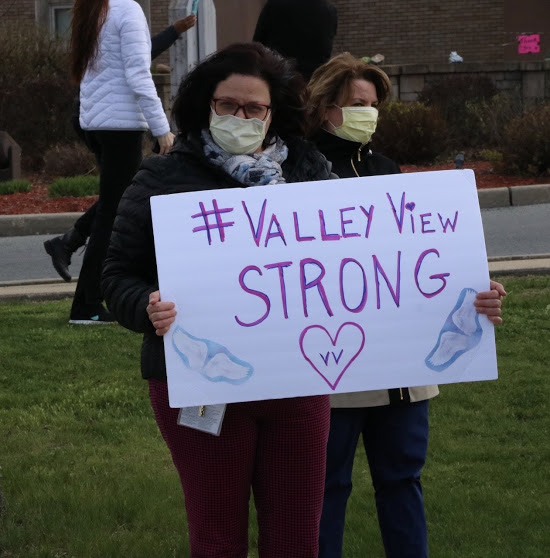 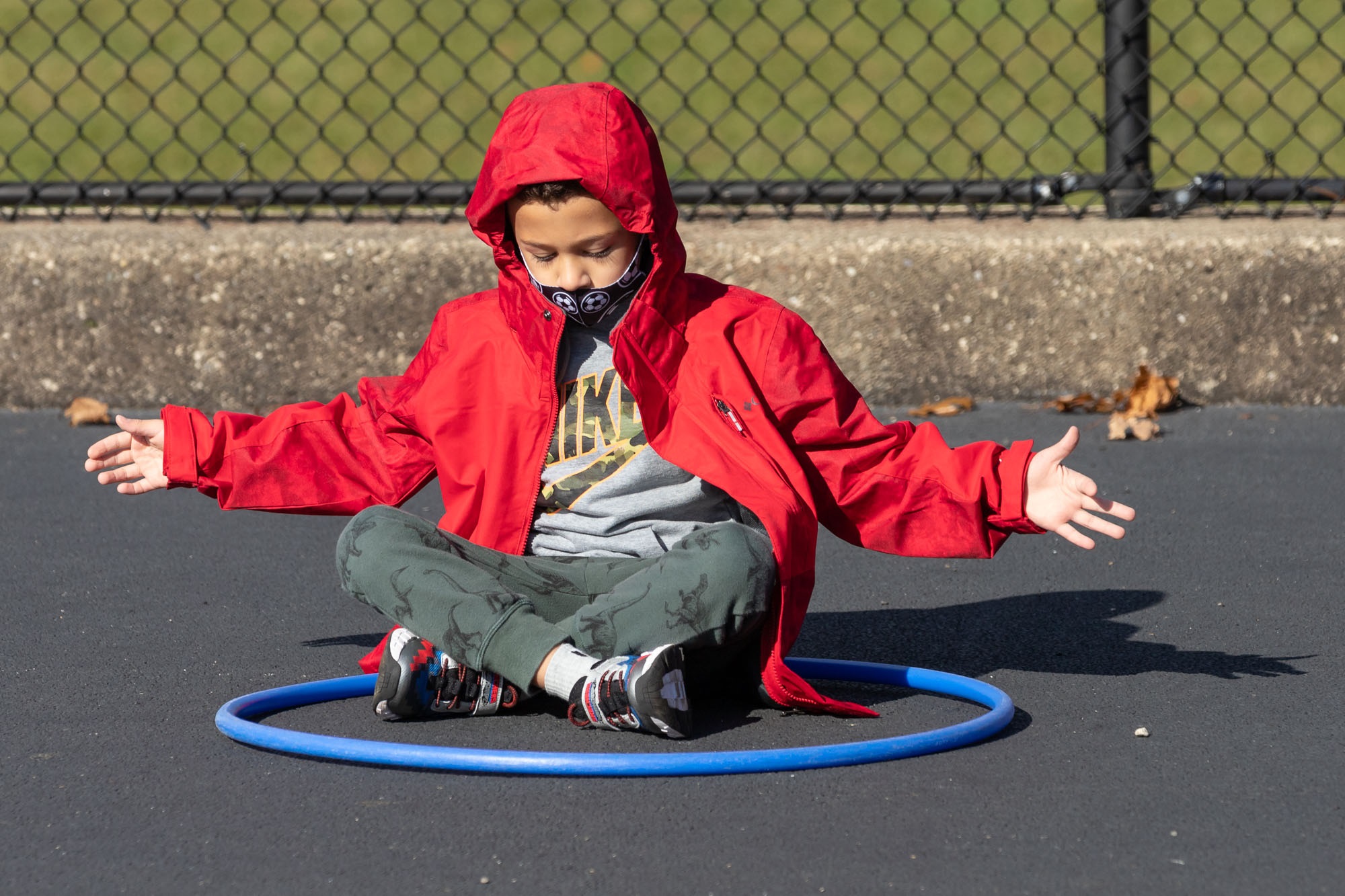