On Thurs., May. 7, family, friends, nursing staff and local officials gathered outside of the Schervier Pavilion lobby in Warwick, to honor Sophia Bott on her 107th birthday. Sophia survived the Spanish flu pandemic of 1918 as a child, and most recently a fracture to her leg this past February for which she needed surgery and rehabilitation.

As nurses wheeled Sophia into the outdoor lobby, she received a special surprise in celebration of her 107th birthday. Everyone joined in to sing happy birthday, throughout it all wearing protective face masks and keeping a safe distance due to the COVID-19 pandemic.

Sophia is the matriarch of her family. She is loved and admired by her four children, 10 grandchildren, 20 great-grandchildren and three great-great grandchildren. Her great-granddaughters, Cayla and Emma Bott, held up a handmade sign that read: “Happy 107th Birthday” as they were both excited and happy to visit with their great-grammy on her special day.

“Thank you, thank you all, what a surprise,” said Sophia, as she laughed and watched her loved ones holding up handmade birthday signs, balloons and flowers. When she was asked what her secret was to living so long, she said, “Nothing really, just being me.”

The weather was warm and beautiful, making it the perfect day to celebrate the longevity of a very special woman. Everyone joined in a prayer and received an opportunity to personally wish Sophia a happy birthday.

Warwick Mayor Michael Newhard also attended the surprise celebration and presented Sophia with a certificate of recognition on behalf of the Village of Warwick.

Mayor Newhard said to Sophia, “I am honored to be here today. You are most deserving of this recognition. I believe you are potentially the oldest citizen that we have right now in our community. We’ll consider you our local treasure.”

Family members once again sang happy birthday to her before having to throw kisses and say goodbye.

The Early Life of Sophia Bott

The long life of Sophia Basinski, began when she was born on May 7, 1913 to her parents Kasimir and Veronica Basinski, both Polish immigrants in Saginaw, MI. She was the eighth of nine children that included seven brothers and one sister.

When Sophia was about nine years old her family moved to Jersey City, NJ. When she was of working age, she became a waitress and eventually met her true love, George Bott. The two married soon after, and continued living in Jersey City for about five years before moving to Teaneck, NJ, where they raised their four children: John, James, Veronica and George Jr.

After retiring in 1977 the couple moved to a retirement community in Whiting, NJ where Sophia enjoyed crocheting and gardening. She was active in different social clubs within the community and at her church St. Elizabeth Ann Seton. Bott would volunteer her time shopping for the ’older people’ in the community, many who were younger than she was at the time.  When her husband, George, passed away in 1989, Sophia continued living in Whiting and she remained active in church and all organizations until she was 100 years old.

At the age of 95 Sophia stopped driving after experiencing difficulty seeing when the sun was very bright, and from that point on her friends and neighbors were always there to take her places if necessary. In 2014, she moved to Greenwood Lake to recuperate from a bad case of bronchitis where she ultimately stayed with her daughter, Veronica Avery. She is currently at Schervier Pavilion where she is recovering from a fall.

“She is very special to us all. She is close to her grandchildren as you can see by the few that made it here today because the rest live far away. She was the matron of honor at my daughter’s wedding. I can go on and on about my mom, and anyone who has a chance to meet and speak to her personally would understand why,” said her daughter, Veronica Avery.

Sophia Bott is surrounded by some of her family members on her 107th surprise birthday celebration.

Sophia Bott’s great-granddaughters, Cayla & Emma Bott, held up a handmade birthday sign as they awaited the surprise celebration at the Schervier Pavilion in Warwick for Sophia’s 107th birthday. 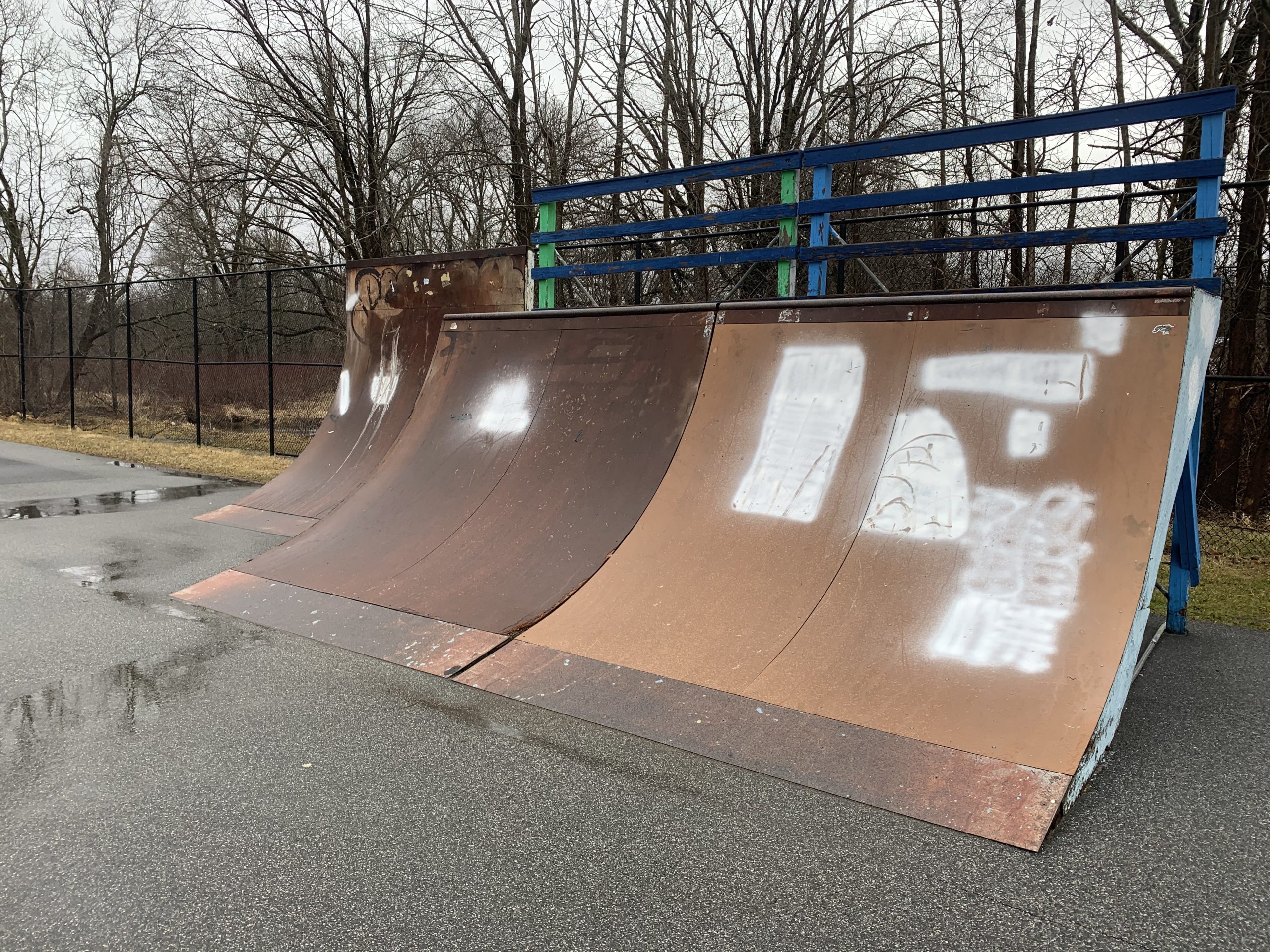 ‘A Despicable Act of Hate’: Anti-Semitic Graffiti in Skatepark