Tropical Storm Isaias moved quickly up the east coast bringing strong winds to the Orange County region on Tues., Aug. 4, causing trees to topple on power lines and power outages that lasted for several days for many residents in the Town of Warwick.

As of Sun., Aug. 9, 265 homes in Warwick were still without electricity. The Town of Warwick was hardest hit by the storm, having the largest number of outages in Orange County. During the storm, more than half of Orange and Rockland’s (O&R) 300,000 electric customers lost power.

“Clearly the storm has caused a lot of damage. We had so much tree and wire damage. The Town was ready to cut trees but we couldn’t because we didn’t know if the wires were live. We have to wait for O&R to send somebody to certify that the circuit is dead and then they can cut the trees. And, we are there to help if they let us,” said Town Supervisor Michael Sweeton.

Supervisor Sweeton said a major frustration for residents is that for the first few days, in the aftermath of the storm, O&R didn’t have any estimated restoration times on their website which is where they were referring people to obtain information.

An O&R CRT member spent Fri., Aug. 7 at the Command Center working diligently to organize and prioritize restoration efforts in the Town. Sweeton said the CRT member was very helpful and restoration was happening more effectively and quicker, shaving three days off of the initial restoration estimate.

“At the height of the storm, O&R said they had 10 of their transmission circuits down and that’s the first thing they have to fix before they can work on distribution,” said Supervisor Sweeton. “O&R prioritizes distribution by getting the greatest number of customers on at any restoration – that’s their policy. So, if you’re on a road that has a few houses on it without power then you’re at the end of the line.”

To help those still without electricity, Sweeton requested that O&R drop off dry ice for residents in the parking lot of the Warwick Town Hall, near the Senior Center. Dry ice is frozen carbon dioxide and, according to Sweeton, can keep the space of a cooler or refrigerator, cool for up to 48 hours.

“In an after-action analysis, the Orange County Association of Towns and Villages will request a meeting with senior employees at O&R to understand how they responded and what they can do better. Supposedly they revamped their response after hurricanes Sandy and Irene, but it seems like everything reverted to chaos this time. We don’t really understand why and we are going to ask them for answers,” said Sweeton.

“The Frontier Communications Office in Middletown went black due to a loss of commercial power and mechanical issues that Frontier had with their own backup power source. Repairs to the switch were hampered by toxic fumes which were emitted by overheating batteries that were trying to support the system,” said Orange County Executive Steven Neuhaus in a video that was posted on the Orange County Government Facebook page.

As a result of Frontier’s primary and backup failures, the County instituted several plans that included publishing seven-digit emergency phone numbers where people could still call into the 911 Center and reach 911 operators; coordinating with the State Police for dispatch of law enforcement;  and advising the public through social media that texts to 911 was working.

Although 911 operators were unable to answer the call, they were able to capture the number and call the caller back. Landlines were re-routed to Intrado’s (a cloud-based system) call center who then forwarded the information to the County’s 911 Center as well as routed land based 911 calls to Sullivan County, which is part of their traditional mutual assistance backup plan. The County also accessed Rapid SOS (a service they have that supplies the number and precise location for cell phone callers).

“We would like to acknowledge the assistance and offers for assistance from Rockland, Sullivan and Dutchess Counties as well as all of Orange County’s Police, Fire and EMS agencies,” said Neuhaus.   “Orange County 911 will be meeting with Frontier Communications management and the NYS Public Service Commission to speak about this incident.  It is our immediate recommendation that the State should mandate a local exchange carrier backup system on a statewide basis.”

A full report about the incident will be sent to the NYS Homeland Security and the Department of Public Service asking that the Public Service Commission review Frontier Communications actions and systems and make an appropriate order for backup service.

On behalf of Orange & Rockland utilities, the Town of Warwick distributed dry ice to residents in the parking lot of Town Hall. Shown in the photo (from left) are: Robert Morse of the DPW, DPW Commissioner Ben Astorino, Mike Holt of the DPW, & Town Supervisor Michael Sweeton.

Powerful winds from Tropical Storm Isaias toppled a tree that landed on power lines on Kain Rd. in Warwick, causing damage to this utility pole.

A sign from Orange & Rockland utilities on the back of this pickup truck on Cascade Lake Rd. in Warwick reads: CAUTION – For your safety, we are guarding downed wires until crews make repairs.

A tree took down power lines to this home on Shepard Rd. in Warwick.

DPW Commissioner Ben Astorino (left) & Robert Morse of the DPW carry dry ice to the vehicle of a resident in need.

Many residents in the Town of Warwick had trees fall on their property due to powerful winds from Tropical Storm Isaias. 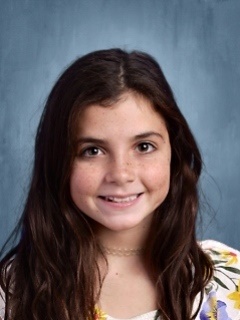 A Big Thank You to Warwick