It was well after midnight and the boisterous crowds in the Village of Warwick were joyfully ringing in the 2019 New Year. For the young Dan McQuade, however, the echoes of the iconic Auld Lang Syne new year’s song were barely audible… and less than inspiring.

At 4 a.m., Dan walked to a local gas station where he broke out in tears.

“It was for no reason at all. Different things flooded into my head that really upset me. The holidays are rough for a lot of people, including me. This was just built up over time; it was an emotional break out,” he candidly explains.

Dan was diagnosed with depression, anxiety and obsessive-compulsive disorder when he was a teenager. While the now 21-year-old year old Warwick artist still battles mental illness, he has put his best artistic foot forward. Dan has recently put together a project entitled, “Under the Skin: A Raw Look at Mental Illness.”

The undertaking entails identifying several individuals with mental illness who will have a part of their body that has been affected by a specific mental illness molded and reproduced in hyper-realistic sculpture.

“The pieces of art will represent the stories and struggles of these brave men and women and how mental illness has affected them, not just mentally, but physically as well. Each sculpture will have a written component by the participant on how their lives have been changed by mental illness,” according to McQuade’s website, which showcases the previews of the exhibit to be physically displayed during Mental Health Awareness Month, May of 2021.

McQuade, who also has experience in the television and film industry, has put much time and effort into the idea, which he says, “popped into my head.”

“This is about the human body and the human form. Mental illness can impact your body but also can hide how a person can be fine and one would never notice it,” he said.

Dan McQuade has suffered from mood disorders since middle school. He admits that he didn’t quite understand what was going on until he spoke to a therapist in early 2018, roughly a year after he graduated from Warwick Valley High School.

“I’m trying to get better,” comments a somber Dan, who also recalls an incident when a police officer stopped him by Harriman State Park.

“I was coming home from work, I was crying, and it was pouring. I had a glass bottle, and I wanted to cut myself, to end my life,” admits Dan, who was grateful to the officer who prompted him to stop and take a step back. Dan got some perspective. He went home.

After many years of trying to cope, Dan was still struggling with some problems. Following an internship in Manhattan, which included mountains of work in addition to strenuous and lengthy hours of commuting to the city, the young artist declared that he, “needed a break.”

“I started lying in bed and just didn’t get up. It was such a crappy feeling,” explains Dan, who finally asked his mom to call a therapist.

The response was not immediate, as it was not an easy feat to locate an appropriate mental health care provider. However, Dan did finally secure a doctor in Goshen.

“I needed to talk to someone and not have to worry about the repercussions about what I was saying,” said Dan, who began a holistic approach to treatment, which included natural supplements, diet and exercise.

He seemed to improve, but when the following winter came, Dan’s depression sent him back to the “rabbit hole.” He finally made the hard choice to explore prescription drugs.

“I thought it might not hurt because it’s a balance between holistic and real meds,” recalls Dan, who is currently on two medications for mood disorders and feels “95% better.”

The fit young adult has also cut out processed foods, sticking to fresh fruit and vegetables, and exercises five days a week.

With his “Under the Skin” project receiving positive attention and his treatment progressing in a healthy direction, Dan comments with much thought: “Art is truly empowering. It’s hard to produce art, but with this project I can focus in on it and not be distracted by other things… It’s important for other people to know they don’t have to feel the way I did. Seeking help can definitely save a life.”

To learn more, visit Dan McQuade’s website at www.daniel-mcquade.com or e-mail the artist at dmcquadeart@gmail.com.

Dan McQuade working on the clay sculpture of his arm for “Under the Skin.”

Dan McQuade ready for the life-cast (mold) of his arm to cure and be removed.

Dan McQuade at the pottery studio trimming a clay bowl. 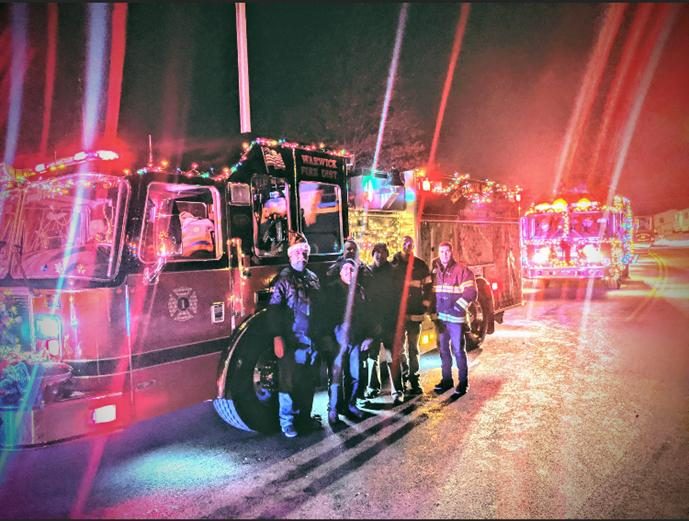 Response to ‘Disheartened by the Negativity’