The New York State Department of Agriculture and Markets urges the public to stay vigilant and report live Spotted Lanternfly (SLF) or overwintering egg masses, following additional confirmed finds of the invasive species in areas of the Hudson Valley and the Southern Tier.

SLF, an invasive pest from Asia, was first confirmed in the State on Staten Island in August. Adult SLF and egg masses have since been found in Port Jervis, Sloatsburg, Orangeburg, and Ithaca. The destructive insect feeds on more than 70 plant species, including tree-of-heaven, and plants and crops that are critical to New York’s agricultural economy, such as maple trees, apple trees, grapevine, and hops.

While these insects can jump and fly short distances, they spread primarily through human activity. SLF can lay their eggs on any number of surfaces, such as vehicles, stone, rusty metal, outdoor furniture, and firewood. Adult SLF can hitch rides in vehicles, on any outdoor item, or cling to clothing or hats, and be easily transported into and throughout New York.

The public is encouraged to thoroughly inspect vehicles, luggage, and gear, and all outdoor items for egg masses and adult SLF before leaving areas with SLF, particularly in the counties of states in the quarantine area—Pennsylvania, New Jersey, Maryland, Delaware, West Virginia, and Virginia. If SLF adults are found, residents should remove them and scrape off all egg masses.

Residents can also help by allowing surveyors access to properties where SLF may be present. Surveyors will be uniformed and will always provide identification.

If this insect becomes established in New York, it could impact New York’s forests and agricultural and tourism industries. SLF feedings stress plants, making them vulnerable to disease and attacks from other insects. SLF also excretes large amounts of sticky “honeydew,” which attracts sooty molds that interfere with plant photosynthesis, negatively affecting the growth and fruit yield of plants, and impacting forest health. SLF also has the potential to significantly hinder New Yorkers’ quality of life and recreational activities due to the honeydew and the swarms of insects it attracts. 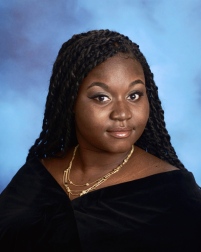 Garner is WVHS Student Athlete of the Week

Kitar is a Dedicated Member of the Warwick Community