An artist for more than 70 years, a wife and mother for more than 50, Sarah McHugh remembers how frustrating it was to try to paint those most dear to her: her two children.

Energetic and always on the go, her little ones, Stephen Michael and Kristen Marie, simply would not sit still for their artistic mother.

“I could maybe do a drawing of them while they were sleeping, but otherwise, it was just too hard to catch them,” reflects, while quietly laughing, the proud mom, wife, painter, teacher, who simply loves and passionately appreciates the arts, her family, and her chosen hometown of Warwick.

The Bellvale resident and co-president of the Warwick Art League is currently showcasing her work in the Albert Wisner Public Library Board Room. The exhibit, “Some Small Works… and Then Some,” will run through the month of November.

The lively brushstrokes and vibrant tonalities of her colorful paintings are inspired by her love of the beauty of nature and influenced also by an eclectic array of artists she has admired like John Singer Sargent, Wolf Kahn, and Gustav Klimt.

Attending grade school in Cedarhurst, Sarah met her husband, Robert, in first grade, though they two were not married until 1966.

She graduated from Lawrence High School in 1960 in Cedarhurst and enrolled at SUNY Buffalo. In her junior year, the young artist was selected for a prestigious study abroad program at the University of Siena in Italy. This was to be an experience of her lifetime, and it is no surprise that Sarah’s cat is now named Siena.

“That was really the beginning for me to fully grasp this amazing appreciation for the knowledge of art, though I had always loved it,” said Sarah, reflecting on her brother, Russ, who, as a teenager, had his own furniture design business, was the catalyst for her creative pursuits, starting as young as age five.

An inspired Sarah returned from Italy, completed her Bachelor’s degree in Art Teaching and became an elementary school teacher in Syracuse, NY.

When her first grade sweetheart visited and proposed, Sarah happily accepted. The newlyweds welcomed a son, Stephen, in 1968 and a daughter, Kristen, in 1970.

Unfortunately, tragedy soon struck the McHughs when Sarah’s sister passed away suddenly, and the family of four grew to eight, as Sarah and Robert took on the care of Sarah’s two nieces and two nephews. Residing in Huntington, NY, Robert commuted to work as an interior designer in Manhattan, and Sarah diligently worked as a nursery school teacher and bus driver and also taught ceramics at SUNY Stonybrook.

Life eventually settled down, and the McHughs moved to an apartment on the Upper East Side in NYC where they lived for 35 years.

With Manhattan life bustling and busy, Sarah and Robert felt the call of the country. They decided to rent an apartment in Edenville and Sarah set up an art studio in the Clocktower Building on Main St. For almost seven years, Warwick was a weekend retreat for the city folks.

It was on one warm December morning in 2001 while bike riding on Iron Forge Rd. that the couple stumbled upon a house and a barn, on a little less than three acres, by an old 18th century cemetery, the Wilson Cemetery. The property has been their primary residence for the past 17 and-a-half years.

“It felt like I was meant to be here, like it was a pull of some sort,” says Sarah, who had coincidentally, while visiting her daughter in college in Arizona, randomly purchased a book about Pacem-in-Terris in Warwick, many years before she visited the area.

In 2014, Sarah’s son asked her to collaborate with him on the creation of a giant egg, called the “Egg Crate,” for the Faberge Big Egg Hunt. More than 250 artists submitted eggs to be auctioned off for the benefit of Studio in a School as well as a global conservation organization, Elephant Family.

After being on display in Rockefeller Center Plaza, Sarah and Steve’s creation now resides with its new owner in Sweden. Also of note is Sarah’s Creative Spirit Award for her work with The Creative Center (formerly the Creative Center for Women with Cancer).

A two-time breast cancer survivor, Sarah began working with the organization in 1998 and was chosen as a recipient of the award alongside some greats like Annie Leibowitz and Anna Quindlen at the annual benefit gala in 2000. With the organization’s support, she received a commission to paint two large murals for St. Luke’s Roosevelt Hospital in NYC. Further, she was chosen to do a TV commercial for Astra Zeneca and appeared in their calendar, “If You Were My Sister,” for the month of July.

While living in NYC, she also participated in the Annual Gracie Square Art Show in Yorkville in the 1980s, as a juror and later an exhibitor. Sarah has won many awards for her art from various shows she has been in, including just recently, the Ringwood Manor Annual Open Juried show. She is also credited with reinitiating the Open Art Studio Tours in Warwick.

When she is not painting, Sarah enjoys spending time with her two grandchildren, college-bound Lucas, 17, and Jack, 22, who works in the film industry in Los Angeles, as well of the rest of her family.

Like many artists, when this dynamic lady was asked what her favorite piece was to date, she gasped, pondered, hesitated, and then confidently came to terms with her response: “My favorite painting is always the one I’m working on. That’s the one I am excited about.”

Sarah McHugh’s work will be on display at the Albert Wisner Library through the month of November. Photo credit: Warwick Valley Dispatch/Sara Paul

Sarah McHugh (right) with her friend Pearl at the Creative Center Awards gala in 2000. Photo provided

Sarah McHugh stands beside her work at the Gracie Square Art Show, NYC, in the 1980s. Photo provided 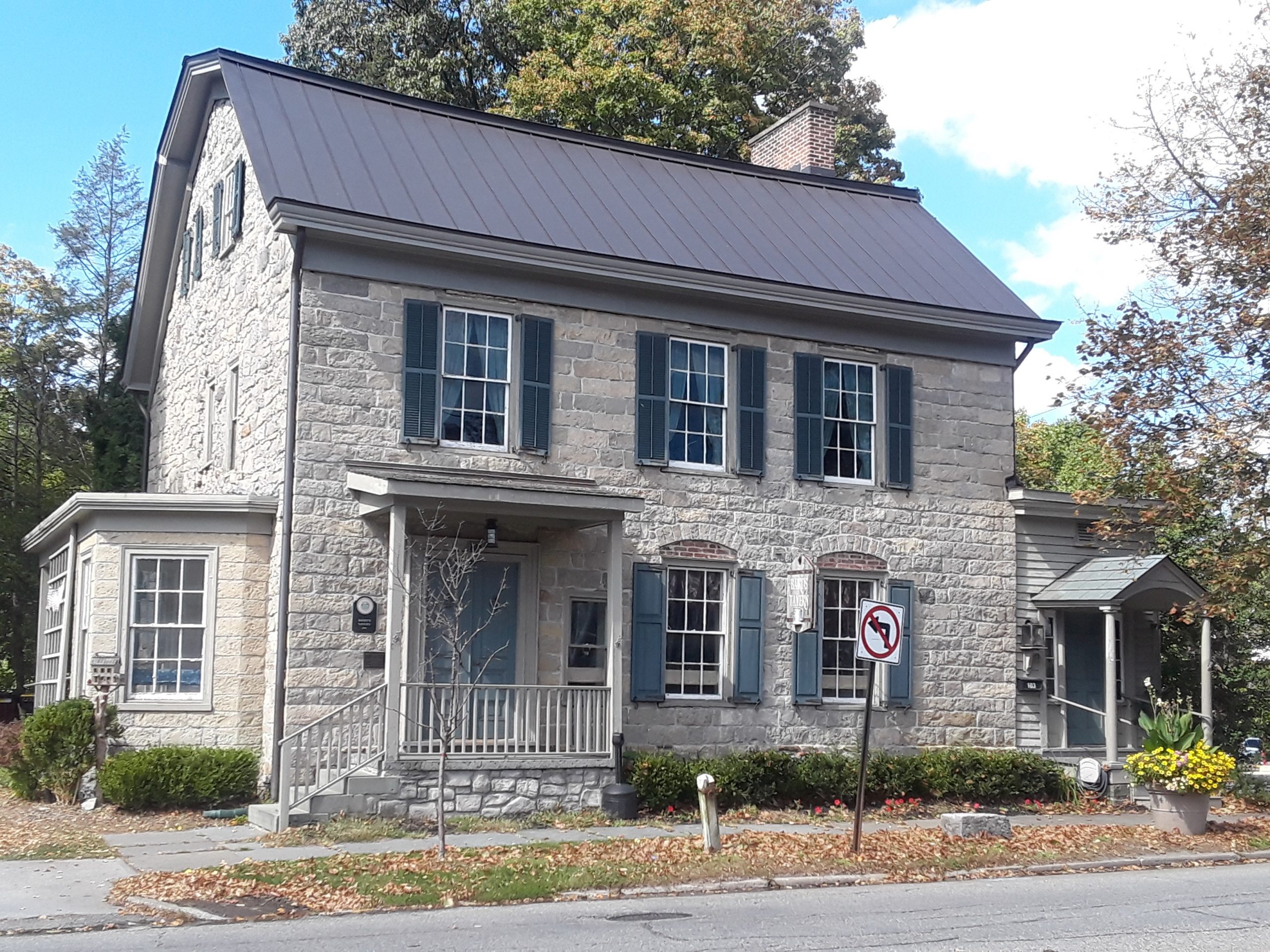 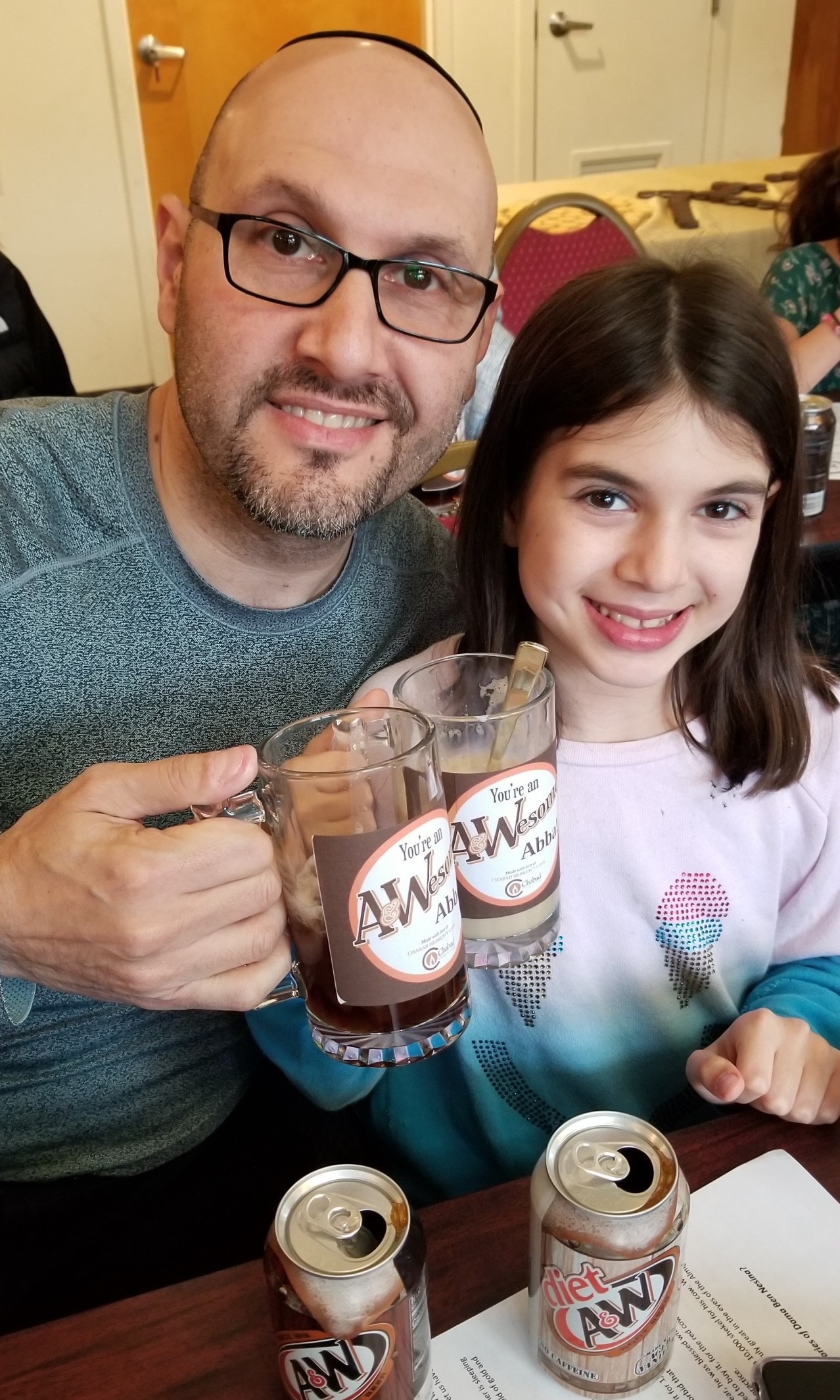 1 thought on “Sarah McHugh is a Dedicated Teacher, Forever Artist”