Every year on the first night of Hanukkah, Warwick resident and business owner, Moshe Schwartzberg invites the community to join him as he lights the first candle in the Menorah at Lewis Park. This year, the ceremony was held at sundown on Sun., Dec. 22.

Also known as the Festival of Lights, Hanukkah is the celebration of the miracle of one day’s worth of oil burning for eight nights. Before lighting the first light, Schwartzberg summarized the story of the Maccabees rededicating the second temple in Jerusalem after it was nearly destroyed because they wanted the freedom to practice their religion.

In the Village of Warwick’s Lewis Park, the Menorah stands beside a Nativity, a short distance away from the Christmas tree at the Old Baptist Meeting House. The scene is one of religious unity. Therefore, when Santa Claus arrived for the celebration, he was welcomed with a big hug from Schwartzberg.

“There’s room for atheists too,” Schwartzberg said, indicating the open space between the Menorah and the Nativity. “There’s empty space. We don’t discriminate here in Warwick.”

Schwartzberg also pointed out that when a tree fell in a recent ice storm, it just missed the Menorah, which was unharmed – “A true mitzvah.”

Traditional foods of Hanukkah, potato latkes and donuts, both made with oil, were handed out by Schwartzberg’s daughter, Sarah Carew and Dr. David Dempster. Carew made the latkes and donuts. As follows Hanukkah tradition, prayers were recited in both Hebrew and English, then Schwartzberg led the crowd singing The Dreidel Song, Ma’oz Tzur, and Hanukkah Oh Hanukkah. 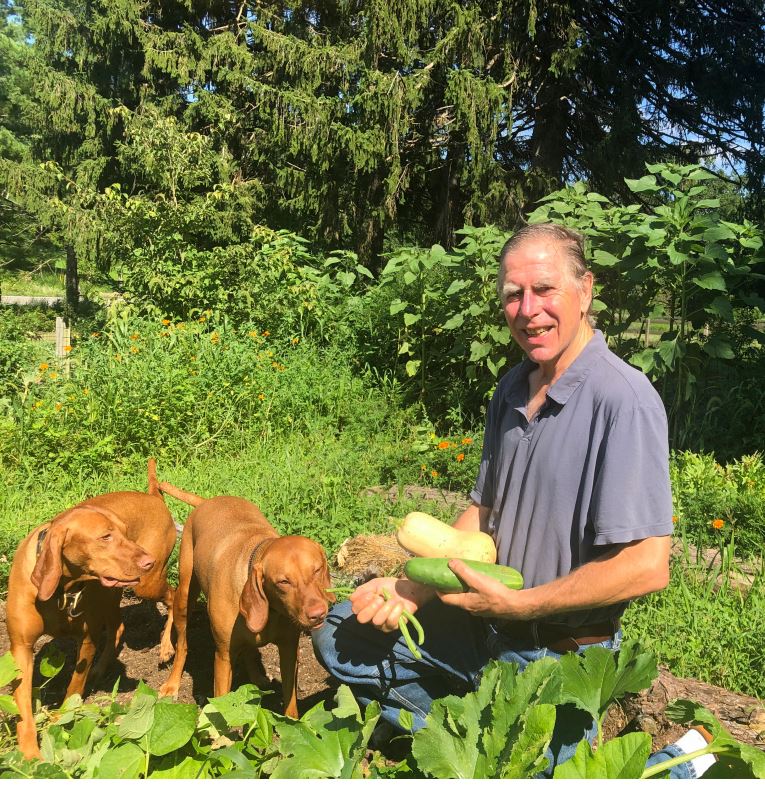 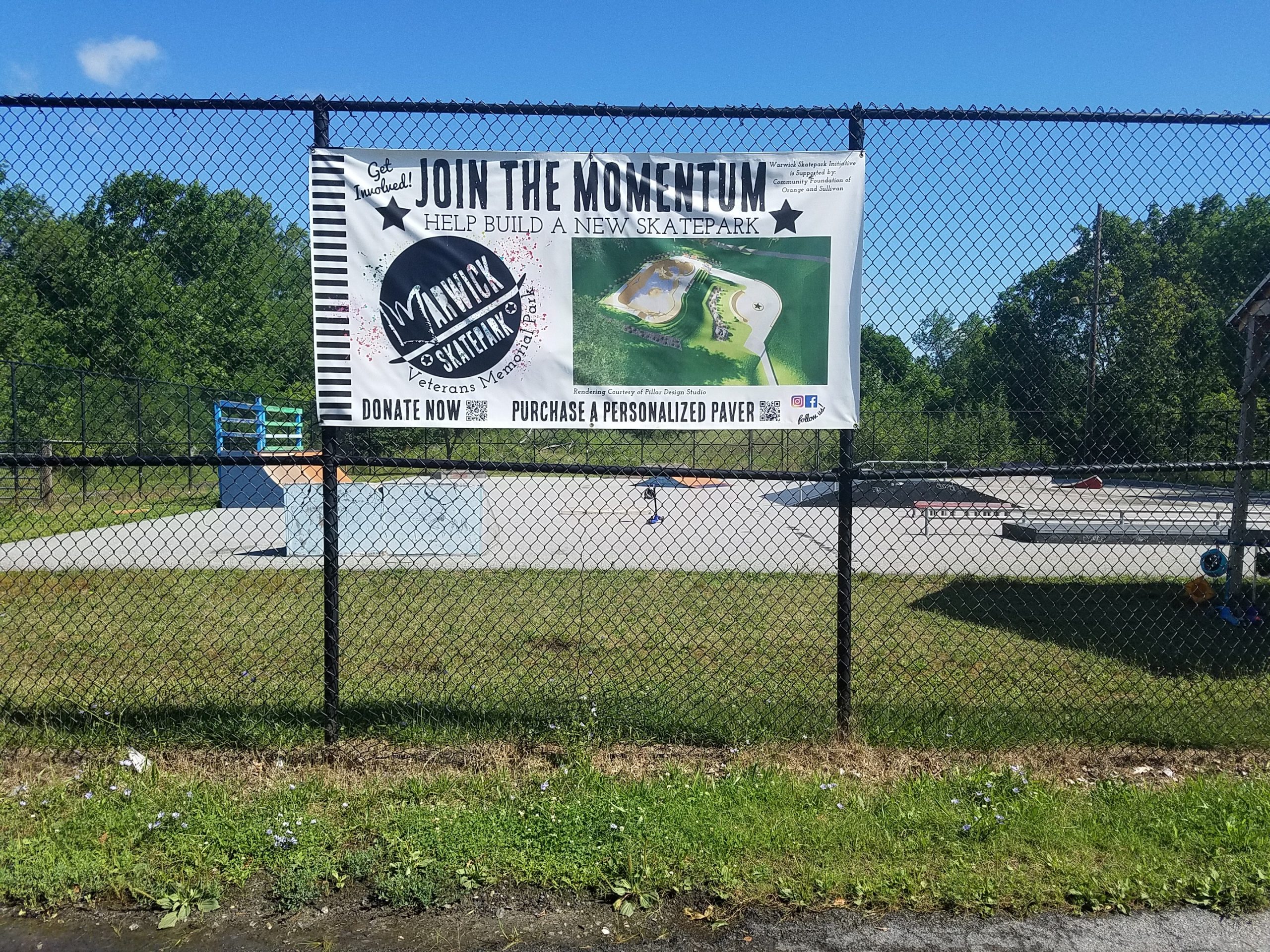 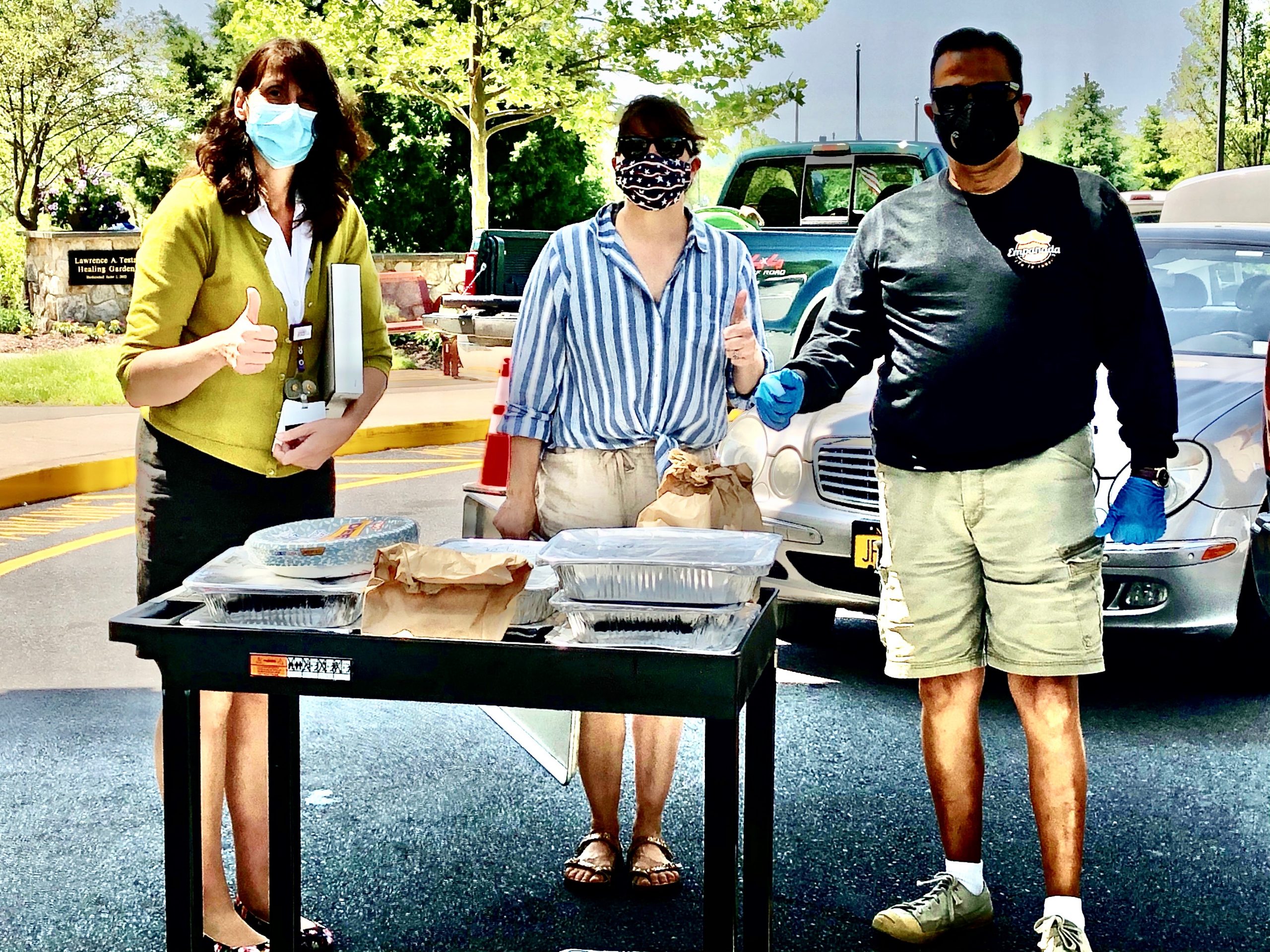