In a society immersed in television and technology, for some there is a profound realization that TV is make believe, and that people in real life really need our time and help.

None express this more sincerely than Warwick resident, Norman Isaacson. At 84 years young, the US Army Veteran is the oldest active Warwick Community Ambulance Service member and perhaps one of the most eloquent. The Bronx native is also published author and retired college professor.

He firmly declares that, “Even though people are busy, if they would simply cut down a few hours of TV, they could be helping people instead.”

When Norman moved to the Pine Island area in 1969, the street-smart city slicker sized up his new country surroundings right away. While in a tightly packed NYC with neighbors just down the hall of his apartment, there was always help nearby. His new isolated dwelling, neighboring few souls except the 200-acre woods, was quite different.

“I used to rely on the city to take care of everything, but when I got to Warwick, I realized you have to take care of yourself, there is no city,” said Norman, who, with his wife, Susan, joined the Warwick EMS in 1998. Married in 1971, the couple now reside in the Village of Warwick.

An EMT during most of his Ambulance Corps tenure, Norman remembers caring for many people in trauma who sometimes felt healed by the kindness of a stranger.

“One time there was a woman who was in pretty bad shape in the back of the ambulance. She looked terrified, so I grabbed her hand and held it. I did that the whole ride to the hospital. When we arrived, she gave me a half smile, and I realized I had done so much without doing anything,” he recalls, noting that, “after so many calls of a bizarre nature, the odd eventually becomes the norm, the extraordinary becomes the ordinary.”

“You get to point when you understand where people are so silly and even self-destructive. Foresight is not a universal trait, and bad thinking and bad decisions, such as drinking and then driving, turn out to be accidents that could have been avoided,” said Norman.

Considering himself lucky, Norman says his job as a Communications Professor at Lehman College/CUNY in the Bronx allowed him time to volunteer. He recognizes the changing times and aging population make it difficult for organizations like the Warwick EMS, which rely entirely on volunteers.

“People age out, they get older, and now also little by little Warwick has become a commuting place. People don’t work locally, they travel and because of that they don’t have the time,” said Norman.

An Accomplished Life in Warwick & Beyond

Norman Isaacson was born on July 25, 1935 (prior to TV, he points out!). He joined the US Army, serving from 1953 to 1955, and then attended Harper College, now SUNY Binghamton, and then SUNY Fredonia, playing guitar in a Big Band.

The college grad taught fifth grade in NYC, then earned a Master’s Degree and a PhD from NYU, and then began teaching at Hunter College/CUNY. He went on to become a full-time associate professor at Lehman College, retiring in 1996 after almost 35 years of service.

In 2017, Isaacson took part in the Honor Flight, an annual day, sponsored by Honor Flight Network, when veterans travel to Washington, D.C. to visit various memorial sites. Some of the veterans’ take-aways included a long conversation with Bob Dole at the WWII Memorial, and simply reveling in the efficiency and perfection of the group running the trip.

Helping Others is Simply Instinctual

Norman declares that, “Most people want to help someone. Very few people wouldn’t help someone if they saw them in need, and the Warwick EMS takes it one step further because it’s regulated and official and you’re doing it with all the tools and ingredients you need,” adding that with an aging population in Warwick, there are fewer people to volunteer and more seniors who need the assistance when they call 911.

With tremendous heart and meaningful voice, Norman boldly submits, “Humanity supersedes identity. It doesn’t matter who you are helping; human beings all need help at some point, and if we are human beings, and we are able to help then we should. It’s as simple as that.”

Norman Isaacson moved from the Bronx to Warwick in 1969 & has been a proud Warwick Ambulance Corps member since 1998. Photo credit: Warwick Valley Dispatch/Sara Paul 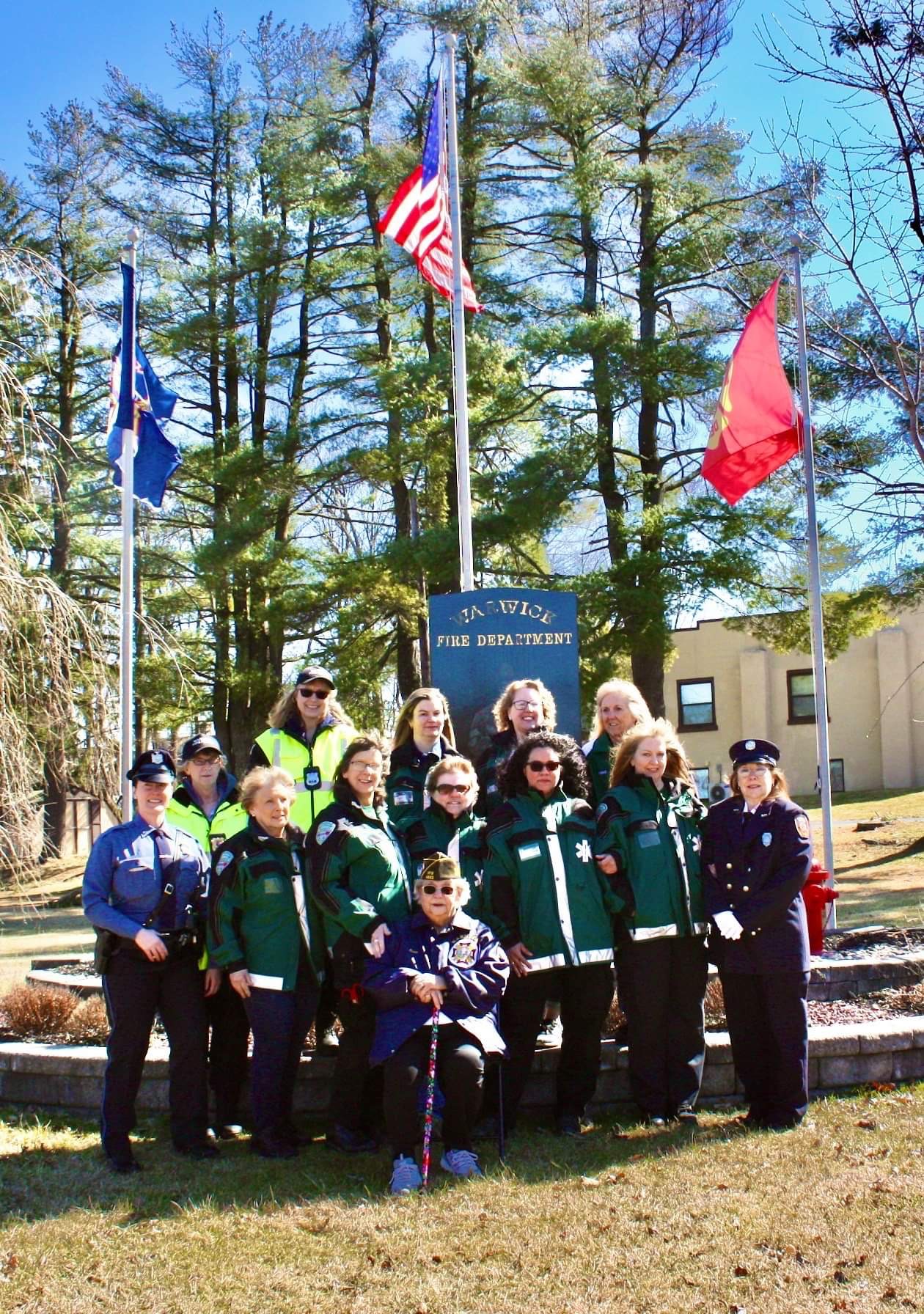