The human body can be beautiful, yet flawed; it can be idealized, yet real; it can be functional, yet fantastic. Artist Leslie Fandrich has somehow managed to marry all these themes, not to mention multiple mediums, in her original and thought-provoking creations.

A seasoned interdisciplinary artist, Leslie uses a wide array of materials and techniques in her pieces. The forty-four-year-old Warwick resident has participated in group and solo shows of her work since 2014. A former graphic designer and photographer, she began reinvesting in herself as an artist by drawing, painting and creating large scale collages. Currently she is focused on making sculptures often using household items, specifically textiles such as blankets, sheets, and pillows, and furniture such as tables, chairs and beds.

“It’s about the boundaries of the female body and how bodies are in relationship to other people and to our domestic spaces,” Leslie said, while discussing the sculptures in her Pine Island studio.

One of her works, titled “Bed Body,” was made using a toddler bed as a base, with pillows placed on top and wrapped in stretchy, see-through fabric. The finished assemblage resembles a human torso with no arms or legs, thus symbolizing an object that is a bed, but also a body.

Fandrich was also in part compelled by society’s representation of the human body in glossy, popular magazines and how actual physical features are very different from that ideal.

Her piece “Object Body” is a square covered in a soft nude colored material (skin), with dark, long threads protruding from the surface (hair), and scattered hints of pink and red (pimples and blemishes).

“It shows the objectification, the sameness between body and object…At the same time the viewer is drawn in, they are also repulsed,” Leslie comments.

A mother of two young sons, Leslie became inspired when thinking about her own body and its function in the context of parenthood.

“I started really getting at ideas around the mothering body, specifically my own. I was thinking about how surprised I was that motherhood objectified my body. Sometimes my body was a bed for them, and I couldn’t move,” reflects Leslie, also noting that when she was breastfeeding her infants, in many ways it dictated her life.

“It takes precedence; it determines your clothes, where you’re sleeping and how long you can leave them alone for,” she noted.

Using materials as simple as a zipper (one of the ways the artist expresses metaphorical ideas), Leslie shows how bodies, particularly the female form, are vessels of continual opening and closing, entering and exiting, back and forth, inside and outside.

“Visually the zipper can resemble a vulva, for example, and certainly there is this idea of passage that happens during birth,” commented Leslie, who lovingly referred to her kids as “Velcro babies” in their infancy.

“I felt like they wanted to crawl back in my body,” she smiles, adding that the zipper can also be used to represent the intimacy of removing clothing and of “accessing the body.”

Another important piece, “Potent Arm,” Leslie says, shows, “the very long arms mothers need to hug children, the fact that a mother needs lots of arms, arms you can wrap yourself in and be comforted in, but arms that can also be strangling.”

“Rather than allow the work to only be comforting, it was important to counter that with off-putting and uncanny elements that might make viewers uncomfortable. So, motherhood is a concept we know and love, but there’s also the real, unspoken part about motherhood,” she discussed.

When reflecting on the special bond between children and parents, Leslie reveals her relationship with her mother, who died of a malignant neuroendocrine tumor in 2013.

In fact, the passing of her mom inspired one of her first explorations with soft sculpture in the studio. After she cut a body shape out of a stained piece of canvas, she decided to sew it into a three dimensional form and fill it with stuffing.

“It was a way to think of my loss of her… There was a sense of wanting to manifest her presence in the studio somehow and be comforted, and it made me think about my relationship to my own children as well,” said Leslie, who experienced the other side of this emotional pull when her son Milo articulated his sadness about her leaving home for six weeks in the summer of 2016 to attended graduate school in Boston.

“He talked about the separation, and it was hard for me to know I was putting him through something that was difficult, but I also knew it wasn’t forever and I would be returning home to him soon. He learned valuable things, like how to cope with those feelings, and how to communicate even though I was far away,” comments Leslie, who experienced her own awakening during those summers away from her family.

“I felt like I started a journey to separate myself from my responsibilities at home because I wanted my artist self to be separate from my home self, but I really came full circle. I realized that I needed to integrate them better, and I had to go through the process,” she stated.

Collaborating With Her Kids

When Leslie decided to create a large inflatable room for Dusklit, an interactive, outdoor art festival held at the Seligmann Center in Sugar Loaf, she enlisted some much needed assistance.

With her sons, Quinn, 11, and Milo, 13, the creative family trio prototyped and tested a number of designs using plastic sheeting, packing tape and a blower fan from a bounce house. They eventually settled on something resembling a large Mylar balloon on its side and scaled it up to 20 x 20 feet. Inflatable Room (Womb) was a massive plum-colored dome that visitors could enter though a zipper (there’s that metaphorical zipper again!).

“It was a weird enough project that they could really be into it, and it was a fun thing to do together. I felt that the integration I was looking for had been realized, and it was a big, fun success…Having my kids seeing me work is a good thing,” smiles Leslie, explaining that the project required 800 square feet of plastic sheeting, 54 yards of fabric and many hands to help feed the materials into the sewing machine.

“It was an artistic endeavor into motherhood, but not in an overly sentimental way,” says Fandrich, who found herself in a very interactive, functional and even exhausting role at the exhibit as she ushered people in and out of the space.

“There was this element of care-taking on my part and also a performative aspect that I hadn’t anticipated…and naturally it was the hottest day of the summer,” Leslie chuckles.

Leslie Diana Fandrich was born in Medicine Hat, Alberta, Canada. She attended the Alberta College of Art and Design in Calgary and graduated with a four-year visual arts diploma in 1997. Moving to the States when she was 23, she lived first in Minneapolis and then New York City. She worked as a graphic designer until 2006 when her first son was born.

She met Chris Janata in 2001 shortly after 9/11 and the couple married in 2003. Living in New Jersey for several years, the new parents decided to make their move to Warwick in the fall of 2007. Their second son was born at home a year later. When the kids started school, Leslie got involved in the mom blog industry, attending conferences and doing freelance writing, photography and design.

Being involved with other creative moms was amazing, but Leslie struggled to find her voice as a blogger and was uncomfortable with aspects of monetizing a blog. “One day I had this great moment with a fellow blogger whom I admired. I was trying to figure out whether to pursue a photography business or a writing career and she said, ‘Neither! You are an artist!’” recalls Leslie.

“It’s amazing when someone tells you something you already knew about yourself but for some reason were not willing to fully commit to,” she ponders.

“I started painting again and rediscovering myself as an artist…it felt the like last time I was a true artist was in high school when I didn’t have to think about things like student loans. I began reconnecting with a rawer version of myself,” she remembers.

This revived focus coupled with the death of her mother led Leslie to do less writing and more visual art.

She began taking art classes and workshops, set up a home studio and got involved with the Orange County Arts Council. Her first show was a group exhibition of OCAC members. By 2016 she had exhibited her work all over the Hudson Valley.

The interdisciplinary, low-residency MFA program, comprised of three summer residencies in Boston, online courses and mentorships with working artists, was particularly transformative for Leslie, who admits it was a bit intimidating at first.

“When the day came for me to present my work in the first round of critiques, I was so nervous I couldn’t eat breakfast and all I wanted to do was get in the car and drive home…Sometimes you place yourself in a situation knowing it’s the right move but that you will have to face your fears in the process. I was terrified of public speaking and it still makes me nervous, but I’ve learned how to cope with that stress. Presenting my work so many times at school really taught me to trust myself and feel confident that what I have to share about my work and my process is valuable,” Leslie ponders. “I also learned a few dance moves before a big presentation is helpful and I try to be present in the moment and speak candidly, rather than write a big speech.”

“School was incredible. It gave me space and time to dig deep and find a personal connection to the work that had been missing,” she remembers. 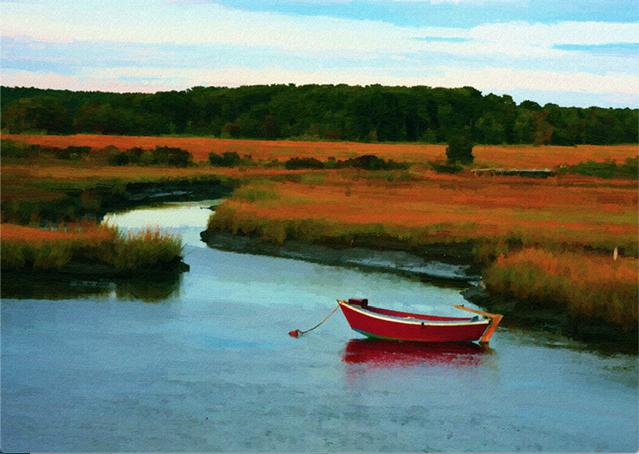 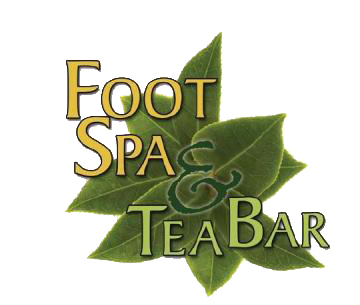