S.S. Seward Institute senior and varsity basketball athlete Alexa Roach made history at the end of her last regular season with the Spartans by setting two new scoring records, over the course of four days and two games. Roach now holds the record of 1,724 points.

In a match against Liberty High School on Thurs., Feb. 20, Alexa’s total points reached 1,664, a new leading score record for Seward’s girls basketball. The previous record of 1,663 had been held by Jenny Leo since 1987.

Hoyt, now a second-grade teacher at Florida’s Golden Hill Elementary, was at the record-breaking game on Monday night.

“Achieving this milestone is validation that my commitment and hard work have paid off…This isn’t just about me. It means success for the school, and it’s a product of the bond I have built with my teammates. I also want to thank my family, coaches, and teammates for always believing in me and for always supporting me,” Alexa said.

Playoffs start next week and Alexa is sure to keep on scoring!

Alexa Roach (center) celebrates with her teammates who backed her in her record-breaking achievement. Photo provided 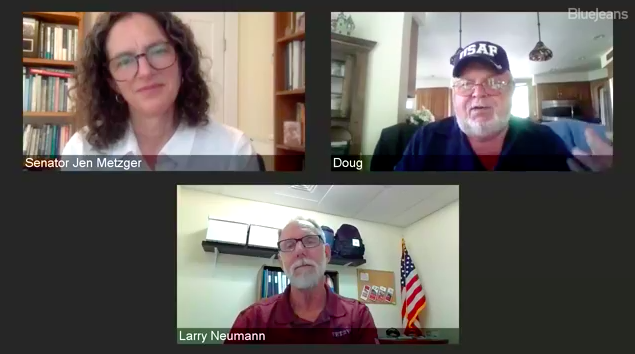 ‘Challenging Issue for Veterans is Housing’