It was a cool summer night on June 15, 1957 at a popular Dublin dance hall when 19-year-old Elizabeth “Betty” McConnell spotted a good lookin’ US Army soldier. The fearless Irish gal wasted no time in asking Private First Class (PFC) Joseph Ginley to dance. Ginley proposed in December of the same year, and the couple married on July 11, 1959.

This Memorial Day, Joe and Betty Ginley will celebrate friends and family, fallen heroes and lost loved ones, at a small family gathering and BBQ. Joe, in particular, is happy to be alive and healthy as he contracted COVID-19 in March, spending two days in the hospital, and has completely recovered.

The family patriarch, who has served his country in multiple branches of the armed services as well as a lieutenant in the Fire Department New York (FDNY), is most proud of his five sons who followed in his footsteps, serving in the US Air National Guard and the FDNY.

A Father to Look Up To

With five young boys, Joe wasted no time in instilling important words to live by. The devoted father still treasures a hand-written note authored by his young son, Joe, when he was only eight years old. It reads, “Our father makes us aware of… why we should have a good education… the bad shows on TV… that it’s a tough world to live in.”

A strict patriarch who valued morals, discipline and religion, Joe was nevertheless stingy on family fun, taking the kids on cross country trips and far away voyages to Europe, not to mention three Super Bowls.

“We had a lot of fun, and I always tried to give them good advice,” said Joe, who is also quite concerned when it comes to the relationships of men and women.

“With five boys, there were a lot of girls coming through the house,” he smiles. “You don’t marry a person, you marry a family… It’s so important to be with somebody that makes you happy.”

It is worth noting that Monsignor John Delendick, a fire chaplain, presided over all five Ginley weddings and baptized all of Joe’s grandchildren.

Observing their father’s devotion to country and community coupled with his zest for life, Joe’s five sons naturally pursued careers in the military and the FDNY.

His oldest, Joseph, Jr., was a lieutenant in the FDNY, now retired, who later taught wrestling at Warwick Valley High School. Bob, now retired, was an FDNY chief and a sergeant in the US Air National Guard.

Timothy, now retired, was a lieutenant in the FDNY and a senior master sergeant in the US Air National Guard. The youngest in the family, Tim recalls his decision to apply to the FDNY.

“It was a family tradition. My father and all my brothers were in the Department, and they really enjoyed it… When I got in, I loved the comradery, and I learned so much from senior guys,” said Tim, who spent much of his career at Engine 94 in the Bronx and Engine 76 in Manhattan.

Tim also shared that his childhood experiences, like trips to air shows, inspired him to join the military. His 1987 to 2013 service in the Air Guard included the supervision of loading airplanes for humanitarian missions, as well as Desert Storm relief flights in 2001, when Tim and his crew flew over the Middle East to deliver supplies for US troops.

On the blue-skied morning of Sept. 11, 2001, Tim was on duty with US Air Guard at New York Stewart International Airport. His parents, Joe and Betty, were enjoying a vacation in South Korea visiting friends at the time. When the family got the call, they hoped for the best, yet prepared for the worst.

“I left work right away. We knew John was working,” remembers Tim, who, with brothers Joe and Bob, quickly met up and traveled to NYC to help with the rescue efforts.

“When we arrived that day around noon, it was just chaotic and overwhelming to see all this mass destruction… We still hoped that we would find John, but as the weeks and months went on, it became a recovery site,” explains Tim, who retells that his brother John’s remains were uncovered in March of 2002.

Though the family was devastated, Tim reflects on the support from his Warwick neighbors.

“After John’s death, people knew about it… Our community and friends are so accepting of everyone, and we all help each other out. People in Warwick are willing to help out no matter what it takes,” Tim said.

Tragedy would strike the Ginleys again about a decade later, when Joe, Jr.’s 18-year-old daughter Christina Rose died in a car crash in Virginia in March of 2013.

A senior at Warwick Valley High School at the time of her passing, Christina played varsity soccer, receiving athletic and scholarly awards, was a member of the National Honor Society, the Mu Alpha Theta Honor Society and volunteered for countless community organizations and events.

When Joe began have symptoms of COVID-19 in March, he was admitted to St. Anthony Community Hospital. The family pulled together with constant check-ins, and thankfully Joe was released after one night. He is happy and healthy and looking forward to a low-key Memorial Day BBQ.

Tim commented, “This Memorial Day, social distancing is needed until we get a handle and a grip on this and the numbers come down. Hopefully there will be a vaccine soon.”

Nestled in their cozy Village Cove home, Joe and Betty are blessed and proud of the achievements of their children and 11 grandchildren.

After a lifetime of travel, including 125 ski areas all over the world, 45 trips to Europe, 26 cruises, and expeditions to Australia and the Great Wall of China, the couple looks forward to further adventures.

Avid skiers and sports enthusiasts, they look back on exciting excursions and hope to plan new ones. From running marathons to cheering at the World Series and Super Bowl extravaganzas, Joe is a die-hard Giants football fan and 61-year ticket holder. A New York Yankees and Brooklyn Dodgers fan, Joe shows off his 1952 World Series ticket, which, back then cost him one buck.

A forever family man who carefully selects each syllable, Joe declares, “The most important thing in life is to be happy with yourself and to keep God in your life.”

The Ginley brothers (from left) Joe, Tim, Pat, & Bob in 2002 attend a memorial ceremony in honor of their brother John, before a game at Fenway Park in Boston.

Joe & Betty Ginley have been married for 61 years.

Joe Ginley (far right) in 1955 serving in the US Army in Germany.

Joe & Betty Ginley have been married for 61 years. 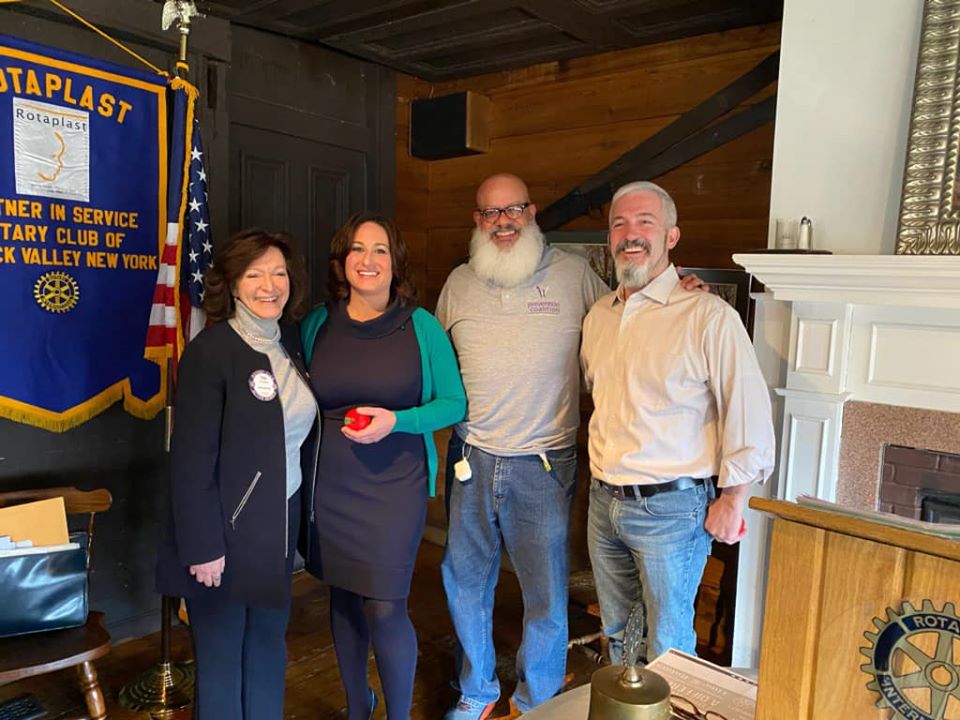