The Village of Warwick has closed Stanley-Deming Park again “until further notice” due to an increase in the COVID-19 infection rates as well as non-compliance with mask and social distancing requirements. This was announced in a letter from Village Mayor Michael Newhard on Wed., Oct. 7.

During the Village Board of Trustees meeting on Mon., Oct. 5, concerns were raised from the public, via comments in Facebook Live where the meeting was being livestreamed, about larger crowds, some from other towns in the County, who were not complying with mask and social distancing guidelines.

Newhard expressed his frustration with the non-compliance issue stating that despite signs and letters posted throughout the park, this has been an ongoing issue. He also stated that he still gets “pushback” from those who do not agree with the mandates.

Comments and call-ins from livestream viewers also included questions regarding how often the park is sanitized. Newhard reported that the park is disinfected every day, including weekends.

Resident Kerri Fenton Foley asked about the possibility of allowing the parks to be open to “residents only.” Newhard pointed out that it becomes an “enforcement issue” to impose that type of restriction.

As of now the park is closed, the entrances blocked by orange safety fencing with Newhard’s letter posted to explain the closure.

Village of Warwick Treasurer Cathy Richards will be retiring at the end of December after 10 years in the position. In a letter to Mayor Michael Newhard regarding her decision, Richards wrote that she was thankful for the opportunity to work with Village staff.

“As you know, running a government municipality is not easy work. It takes an incredible amount of work and dedication from everyone to work together to run a Village as beautiful as ours successfully; and it has been rewarding for me to be part of that team,” Richards wrote.

Newhard commented that Richards has done “an extraordinary job” in her position as Treasurer.

“She [Richards] has made incredible policy changes that have been constructive and helpful, and I want to say thank you,” Newhard stated.

The Village will be advertising for Richards’ replacement. For more information email the Village of Warwick Clerk at clerk@villageofwarwick.org.

The Village Board of Trustees discussed the need to make a decision regarding a Village Assessor since the previous Assessor, Richard Hubner, has retired. The choices are whether to hire a new assessor and maintain the status quo or make a change to the Town of Warwick tax roll.

Trustee Barry Cheney commented that one concern in changing to the Town is the delay of 14 months with regards to adding entities such as residences or commercial businesses to the tax roll, or, for anyone who files for an exemption, there will be the same delay before that benefit is realized. The delay is due to the fact that the Village of Warwick and Town of Warwick have different fiscal year schedules.
In the short term, Newhard is concerned about the “backlog of work” that is piling up because the Village does not have a current assessor. The Trustees agreed to advertise for the assessor position while they continue to discuss the long-term solution.

The discussion continued regarding a request from the Warwick Grove Homeowners Association (HOA) to store snow removal equipment in a Village parking lot off McFarland Dr.

As the Trustees, in general, are not in favor of this request for aesthetic and environmental reasons, an alternate area has been identified, closer to the community itself but is still a Village-owned site.

Trustee George McManus renewed his objection to allowing storage of the equipment on any Village-owned site, citing the environmental issues of potential hazardous contamination from machinery leaks and the cleaning up of any spillage that would ultimately be the Village’s responsibility as the property owner. He reiterated his opinion that it is not the Village of Warwick’s responsibility to provide a storage place for the HOA’s snow removal contractor’s equipment. Trustee Bill Lindberg concurred with McManus.

Trustee Corey Bachman visited the alternate site and was told by residents that the fumes from the equipment, which would be started up at that location, would seep directly into the adjoining condos creating health concerns for the residents.

The Trustees did not make a decision on the matter and Trustee Barry Cheney pointed out that any motion taken up by the Board regarding this issue would be predicated on a proposed memorandum between the Village and the Warwick Grove HOA outlining the details of an agreement for use of Village property. Cheney will reach out to the HOA to draw up a memorandum for the Board’s consideration.

Discussions also continued on a potential Pump Track – a dirt track for cyclists with banked turns, rollers and other features – that the Warwick Lions Club has offered to sponsor. Trustee McManus, who has spearheaded the proposal, toured Veterans Memorial Park with Village Engineer David Getz and Department of Public Works Supervisor Michael Moser surveying possible sites for the track. Moser reported that he believes he and his crew could build the track once it was engineered, laid out and material brought in. The Board also clarified that the Pump Track would be for “pedal” bikes only, not motorized.

Several Facebook Live viewers had comments on the livestream thread during the discussion as well as during the Privilege of the Floor section of the meeting when residents are permitted to call in with their comments and questions.

Several of those who commented or called in suggested that the Town Park was a better location for a Pump Track as there was more space. One resident pointed out that Veterans Memorial Park was designed for a mix of passive and active activities, but that, now, “so much of the park is active” with baseball, softball and the skate park. Others asked the Board to consider the long-term plans for the park, in accordance with the Master Plan, before going forward with the Pump Track.

The Board of Trustees passed a motion authorizing Mayor Newhard to sign the “County of Orange Community Block Grant Program Municipal Agreement for FY 2020,” in the amount of $50,000 for an American with Disabilities Act (ADA) Walkway in Stanley-Deming Park.

The next meeting of the Village of Warwick Board of Trustees will take place on Mon., Oct. 19 at 7:30 p.m. A Work Session will precede the meeting at 7 p.m. Both will be broadcast via Facebook Live. Visit the Village website at www.villageofwarwick.org for more information.

Stanley-Deming Park in the Village of Warwick has been closed until further notice due to an increased rate of COVID-19 infection & non-compliance of mask-wearing & social distancing. 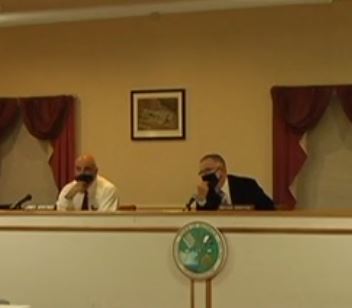 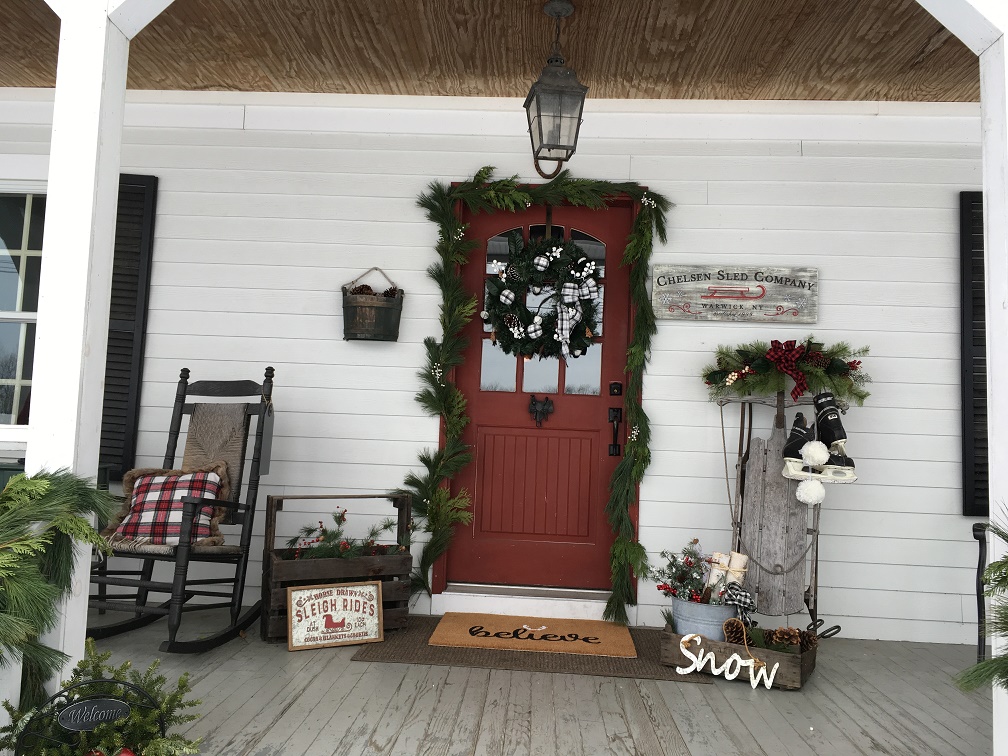