At the end of the Warwick Valley Central School Board of Education meeting on Mon., Nov. 18, two residents questioned the Board’s decision to add the construction of synthetic sports fields to an infrastructure vote scheduled in December.

The first speaker asked if the benefits outweigh the health risks referencing multi-agency studies that list metals and toxins found in synthetic playing fields. She said that her son has had pediatric cancer and she has witnessed children treated for cancer in the hospital. She wanted to know how the district would move forward if synthetic fields were found to cause cancer. She stated that installation before learning all the risks is irresponsible.

The second speaker echoed the sentiments of the first, but added additional discussion topics to be taken into consideration. Prefacing her statements with “did you know,” she asked the Board if they were aware that artificial turf is expected to create tons of waste with nowhere to go. She stated that artificial turf, in hot weather, can be 35 to 40 degrees warmer than natural surface fields. She said that natural techniques can improve the playing field and that experts were willing to help. She questioned if the district was looking at performance over health and said that more time is needed to make the decision. She also commented that it is unfair to lump all the infrastructure projects together.

Board member Keith Parsons responded that the synthetic field is not something that they take lightly, but all the Board can do is put the matter up to public vote and let the people decide.

Superintendent David Leach stated that the Board will exhaust all options before making the decision on the composition of the field. He referred to the use of crumb rubber turf on other regional sports fields and said he appreciates the concern.

“Being a green community, we will exhaust all options,” he said.

Earlier in the meeting, student liaison Adam Lazina said that he had asked high school students about their feelings on the proposed improvements to the auditorium as well as the new playing fields and stated that all the comments were positive.

A detailed newsletter will be sent to voters in early December in advance of the vote.

The cast of the Park Avenue Elementary School Drama Club’s production of The Jungle Book Kids performed for the school board several days in advance of their three sold out shows. Under the direction of Katherine O’Donnell, Amy Buliung and Christy Brown, the fourth-grade students performed a medley of musical numbers from their show.

Dr. Leach acknowledged that six teachers will be retiring this year and that they would be recognized at a future board meeting. Leach stated that between them the teachers have been teaching for a “couple hundred years.”

He said that district staff participating in the Tri-State Consortium would be visiting other districts and welcomed the opportunity to share experiences.

The first meeting of the Portrait of a Graduate program was held and Leach said they are in the beginning phase to prioritize skills found to be significant. He said that they are using the mission statement as a guiding principle.

Assistant Superintendent James Yap reported that the Homework Committee is working to support both elementary and secondary students and would be having a work session after the holidays.

He also discussed that Warwick’s efforts in character collaboration was brought to attention of the state for bringing character as a value in college admissions process, not just grades and extracurricular activities. Recognized by the National Association for College Admissions Counseling (NACAC), which has several hundred colleges on board, Warwick is one of the first public K-12 schools to take this initiative.

Assistant Superintendent Cindy Leandro reported that they are moving forward in the search for a new principal and have narrowed the choices down. She is hoping to announce finalists at the December school board meeting.

She also stated that the new Teacher Induction program, where new teachers work with mentors, has been working well with professional development geared toward what the new teachers feel they could use.

Board member Bob Howe reported that the Warwick Coalition would be celebrating 10 years on Sun., Dec. 15 at a luncheon at the Breezy Point Inn in Greenwood Lake. He encouraged administration to join the celebration and thanked Dave Eaton and former board member, Cheryl Barker for their efforts in getting the coalition started.

High School Principal Marguerite Fusco stated that there will be a community forum about Drug Awareness on Mon., Dec. 16 in the Middle School Cafetorium, involving members of the assistant district attorney’s office, and administration from neighboring school districts, Florida and Greenwood Lake.

The Board approved two new Social Study textbooks and accepted the donation of two fish tanks valued at $75, noting that they will not come with fish.

Field trips were approved for High School students to attend the sub-regional Junior Science and Humanities Symposium in Burnt Hills, NY on Jan. 25 and for the Meistersingers, Choral Director Noreen Hanson and 10 parent chaperones to attend a music competition at Six Flags Great Adventure on Fri. June 5.

The next meeting of the Warwick Valley Central School District Board of Education will be held on Mon., Dec. 9 at 7 p.m. at the Dorothy C. Wilson Education Center, 225 West St., Warwick.

The Park Ave Elementary School Cast of The Jungle Book Kids performed a medley of songs for their production of three sold-out shows. Afterward the fourth-graders posed with members of the Warwick Valley Central School Board. Photo provided 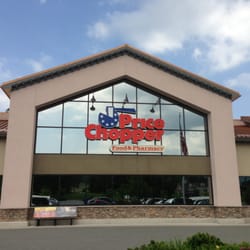 Mary Collura Running for Trustee in Village of Warwick