On Thurs., July 9, in an email disseminated throughout the Archdiocese of New York, Timothy Cardinal Dolan, Archbishop of New York, announced that 20 schools throughout the Archdiocese would be closing for the 2020-21 school year. Additionally, three catholic elementary schools in Orange County, St. Stephen-St. Edward School in Warwick, Sacred Heart in Monroe and St. John’s in Goshen, will be merging into one K–8 school and will be housed at the St. John’s campus.

The majority of the 20 schools that are closing for good are not located in Orange County. Cardinal Dolan cited declining enrollment due to the financial impact of the COVID-19 pandemic health situation as the reason for those closures. In what the Cardinal called a “more positive development,” he explained that the merger of three schools in Orange County would result in a “stronger, more robust school community.”

Emails were also sent directly to the families of each affected Orange County school. Faculty and staff at St. Stephen-St. Edward’s were informed of the decision at a special meeting called by Principal Bethany Negersmith.

St. Stephen-St. Edward School, which opened in 1965, was “regionalized” in 2013, and as such is not directly affiliated with St. Stephen’s parish other than its location on church property. The Archdiocese governs the operations, including finances and personnel decisions, of St. Stephen-St. Edward School as well as other catholic elementary schools in the region which encompasses Orange, Ulster and Sullivan counties.

Saddened and angered by the decision, parents took to social media to decry the situation, particularly the manner in which they were informed of the decision without prior warning or discussion. They demanded answers   not only from the archdiocese but from Fr. Jack Arlotta, Pastor of St. Stephen the First Martyr Church in Warwick where the school is located.

In an email to St. Stephen’s parishioners and school families, Fr. Arlotta reiterated that neither he nor parish staff have any governance or authority in decisions made regarding St. Stephen-St. Edward School. He was informed of the decision via email on Thurs., July 2 with instructions to keep the information confidential until the formal archdiocese announcement was made.

“As your pastor and as a former educator, my heart breaks to see your pain at this unusual time. I share in that pain and I am ready to help you deal with this cross that has unexpectedly been placed on all of our shoulders today even as we are still dealing with the pandemic crisis,” Fr. Arlotta wrote.

As rumors regarding the decision to merge the schools and speculation as to the reasons behind it spread, Dr. David Leach, Superintendent of Schools of the Warwick Valley Central School District, released a community bulletin to dispel rumors as directed at the district.

One rumor postulated that the district and St. Stephen’s Church had already come to a lease agreement for use of the school as part of the public school district’s re-opening plan for this fall. In a message to the community on Fri., July 10, Dr. Leach explained that district and church leaders had never discussed renting St. Stephen-St. Edward School and that in a phone call with Fr. Arlotta, the pastor stated that St. Stephen-St. Edward School was “not available to rent.”

A second rumor gained traction in a petition to reopen the school that has been circulating. The petition indicated that the closure of the catholic school would “financially burden” the public school district at a cost of almost $4 million.

Leach addressed that claim as well, writing that if the just over 60 students in grades K through 8 who attend St. Stephen-St. Edward School, and reside in the Warwick school district, were to enroll in Warwick schools in the coming school year, the “minor increase in student enrollment poses no significant financial burden on the district.” The claim in the petition has since been reduced to $1.2 million.

“As we prepare to reopen our schools, please anticipate us sharing more information directly with you. While the use of social media platforms offers many benefits, it continues to be a challenge for us all when inaccurate information spreads quickly, often not verified or fact-checked,” wrote Dr. Leach at the end of the communication.

A protest was organized by St. Stephen-St. Edward school families and took place outside the main entrance to the church on the evening of Sat., July 11. Mass was being said inside and those who had assembled were respectful of the service. As parishioners filed out following Mass, students approached many of them to join their protest. A list of questions was submitted for Fr. Arlotta to review. After a mostly silent beginning, chants of “Save Our School” and “We Want Answers” were also heard.

Families from St. Stephen-St. Edward School in Warwick gathered outside St. Stephen’s Church on Sat., July 11 to protest the decision by the Archdiocese of NY to merge their school with two other schools in Orange County & moving students to St. John’s in Goshen.

Why Not Come Together Under One Tent of Worship? 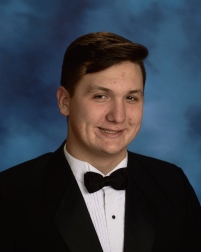 Sean Corrigan is Student-Athlete of the Week 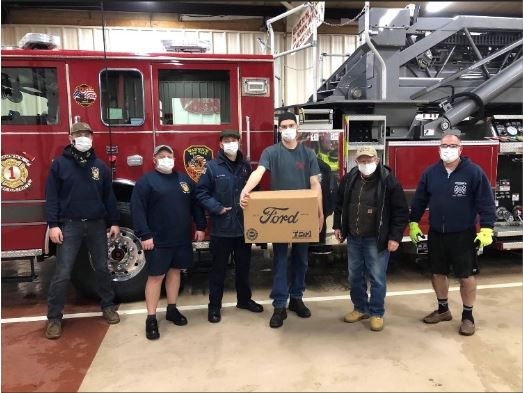