While this year has had its fair share of adaptations to tradition, one shining light has been how people have held onto what they hold near and dear and persevered through the dark times. On Thurs., Dec. 10, the first night of lighting the Menorah on Hanukkah at Lewis Park, the light seemed to shine brighter in the Village of Warwick.

For decades, Moshe Schwartzberg, Warwick resident and business owner, has invited members of the community to join him as he lights the first candle on the Menorah and tells the story of the Maccabees rededicating the second temple in Jerusalem after it was destroyed.

Hanukkah is the celebration of the miracle of one day’s worth of oil burning for eight nights, also known as the Festival of Lights. Before lighting the first candle, Schwartzberg recited prayers in both English and Hebrew. This followed the traditional celebration held each year.

“Every year we try to remember that miracles do happen. There’s always a struggle and we have to be brave,” said Schwartzberg. “If you believe in something and this is you, you do whatever you have to do because you have to do it. And God will be with you because you’re righteous in your ways and he will show you signs. In the Hanukkah tradition, everything we have that we eat has something to do with oil. The doughnuts are fried in oil and the latkes in oil.”

Following the tradition of years past, Schwartzberg offered traditional foods of Hanukkah such as potato latkes and doughnuts, both made with oil; this year, however, the treats were individually packaged.

The event was attended by a much smaller crowd than usual, with everyone wearing masks and standing at appropriate distances from each other. Normally, Schwartzberg would lead the crowd in Hanukkah songs, but none were sung this year.

Despite the lack of the usual fanfare, Schwartzberg stood beside Santa Claus and noted the location of the Menorah, just a few yards away from a Nativity scene, with the Old School Baptist Church and lighted Christmas tree behind it, and commented that everyone is welcome in Warwick. And that is truly something to celebrate.

Moshe Schwartzberg, donning a mask & standing behind the fence with an assortment of individually packaged doughnuts, latkes & candy, tells the story of Hanukkah before lighting the first candle on the Menorah on Thurs., Dec. 10 at Lewis Park. 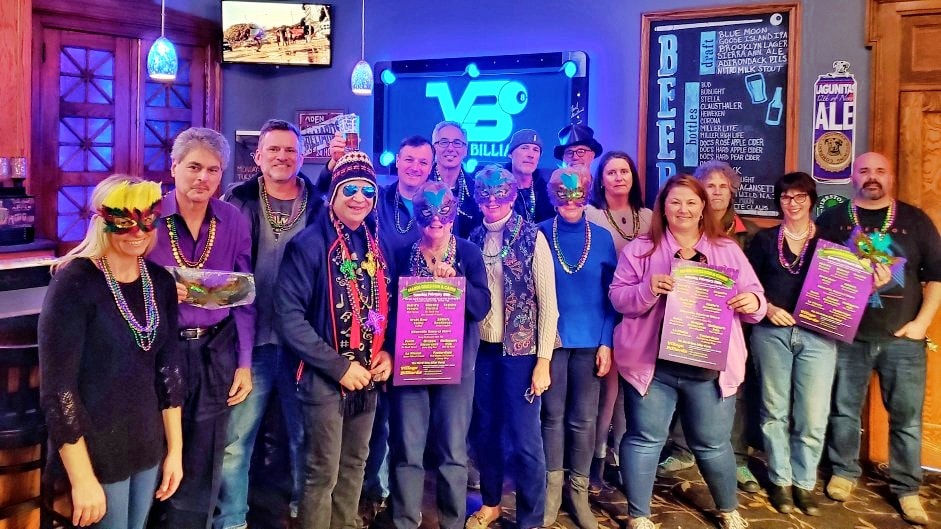 Mardi Gras for a Cause Benefits Backpack Snack Attack 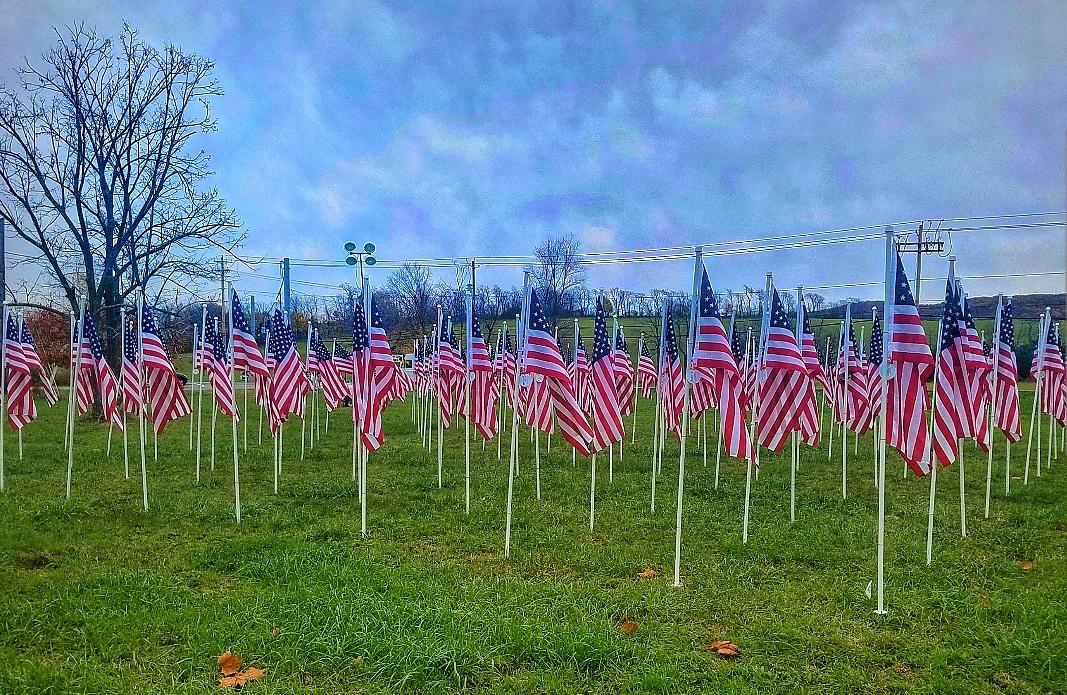